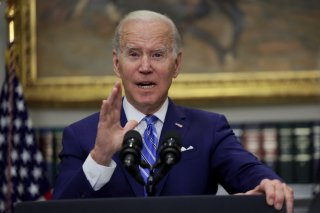 The annual cost-of-living allowance (COLA) adjustment for Social Security is announced every October. In most years, it's a slight change of a couple of percentage points. This year, thanks to continuing inflation, it is likely to become much more significant.

According to CNBC, this year’s COLA number is expected to be announced this week, and the Senior Citizens League’s latest forecast has the increase at 8.7 percent, which would be the largest in 40 years. The increase is tied to the Consumer Price Index for Urban Wage Earners and Clerical Workers, or CPI-W. Thursday is expected to be the day the new number arrives, along with September consumer price index data. The change will go into effect in January. Last October, a 5.9 percent increase was revealed. The projection for 2023 was as high as 10.5 percent in July, and 9.6 percent in August, so even with the adjustment on track for record highs, the projection has dropped in recent months.

The Senior Citizens League has proposed changing how the COLA is calculated.

“One of the biggest issues in using the CPI-W to calculate the Social Security COLA is the fact that it does not track the spending of retired households age 62 and up and gives greater weight to gasoline and transportation costs. A significant drop in gasoline prices played an outsized role in why my COLA estimate has dropped. It’s important that the public understand that to fight inflation the Administration temporarily lifted the 18.3 cents per gallon federal tax on gasoline for 90 days,” Mary Johnson, Social Security and Medicare policy analyst for The Senior Citizens League, said in a September press brief. "That period started in July and ends in September, the SAME third quarter period that is used to calculate the COLA.”

The Senior Citizens League has been adamant that even with high COLA adjustments, recipients remain affected significantly by inflation.

“Those who receive Social Security are quick to confirm they are not just at risk, those who have been retired for any length of time, have fallen behind financially. The buying power of Social Security benefits has occasionally improved in the past but that may not be enough when retirees have spent down their savings to stay afloat in years when inflation was going up. The lifeboat is leaking and taking on water leaving older Americans at risk of financial drowning,” Johnson said in that press brief.

Social Security reform is on the agenda in the current Congress, but none of the major reform bills have yet passed.