Social Security Benefits: Is Now the Time to Expand the Program? 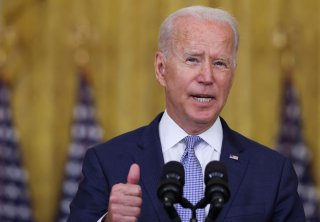 The Social Security program goes back to 1935 when it was signed into law by President Franklin D. Roosevelt as part of the New Deal. Earlier this week, on August 14, the passage of the program marked its eighty-sixth anniversary.

A recent op-ed argued for Social Security benefits to be expanded, on the occasion of the anniversary.

Nancy Altman, an opinion contributor, is calling for just such a benefits increase, although the current reconciliation package under consideration by Congress is not allowed to address Social Security, according to an op-ed published by The Hill.

“Because Social Security cannot be addressed through budget reconciliation, it is not part of that legislation,” Altman stated in her op-ed. “But given the overwhelming consensus among the American people in support of expanding Social Security’s modest benefits, Congress should make it the next priority immediately after the Build Back Better legislation passes.”

Altman cited a poll by Social Security Works, showing that “over half of Democrats, Republicans, and Independents rank preventing Social Security cuts as one of their top three voting priorities.”

She also blamed a “billionaire-funded campaign” for the lack of new Social Security benefits in recent years, while expressing hope that President Joe Biden will be the one to expand benefits.

She also saw the pandemic as a good reason for such expansion.

“The COVID pandemic, which is hitting seniors hardest, has made the importance of Social Security even clearer. In the last year, many older workers lost their jobs or had to quit to stay safe,” Altman wrote. “The pandemic has underscored the value of Social Security’s survivor, disability, and old age benefits . . . after fifty years, many Social Security expansions are needed. There should be an across-the-board benefit increase so that every current and future beneficiary gets a raise. Social Security’s benefits are inadequately low by virtually any standard.”

How would the benefits be paid for?

“A robust expansion of Social Security benefits, funded by having millionaires and billionaires pay their fair share, is the best birthday present we could give the program—and ourselves,” Altman said in her op-ed.