Social Security COLA Could Be the Largest 40 Years 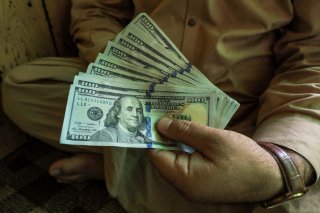 The official announcement will come in October about how large the adjustment will be, but in the meantime, there have been plenty of predictions about what may happen. The adjustment is based on data from July, August, and September each year, with the new figure, typically announced in mid-October.

Following the release of this month’s inflation data, CNBC said, the COLA adjustment is likely to reach a record high of 8.7 percent in 2023, up from the 5.9 percent figure from earlier this year that was the largest since the early 1980s.

That’s according to the Senior Citizens League, which follows this issue closely.

“Even though it’s not as high as we were predicting back in June, it’s still going to be the highest in four decades,” Mary Johnson, Social Security, and Medicare policy analyst at The Senior Citizens League told CNBC.

401K Specialist described the prediction as the “last one before the real thing.” An 8.7 percent increase would raise the average benefit by $144.10 per month, according to that publication. Because there’s only one month left to go, the figure will likely be someone in that range, unless there's a major change in inflation numbers over the course of the next few weeks.

Back in June, the League had projected a 9.6 percent increase, following a 10.5 percent increase prediction the month before that. Inflation has eased since, although it remains unusually high.

In June, Johnson had predicted an October 13 announcement for the 2023 COLA figure.

“A high COLA will be eagerly anticipated to address an ongoing shortfall in benefits that Social Security beneficiaries are experiencing in 2022 as inflation runs higher than their 5.9% COLA,” Johnson said in the August forecast. “Based on inflation through July, we calculate that a $1,656 benefit is short about $58 per month on average and by a total of $373.80 year to date.”

Even in the event of a big increase, per Motley Fool, recipients will also continue to suffer from high inflation.

“Retiree expenses are also increasing faster than they have in 40 years. As measured by the Bureau of Labor Statistics' Consumer Price Index, prices for essentials like food, gas, and utilities are all up substantially over the last year. Food prices have risen 10.9%, gas has jumped a whopping 44%, and utility prices are up 19%,” the site said.