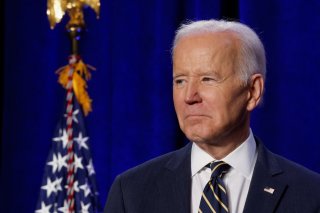 Earlier this year, as a result of continuing inflation, the annual cost of living adjustment (COLA) raise for Social Security beneficiaries was 5.9 percent, the largest increase in forty years. Now, as inflation continues, there’s a prediction of an even higher COLA increase in 2023.

The Senior Citizens League, which issues projections about next year’s COLA, released a preliminary estimate of a 7.6 percent increase, as reported by CNBC. The announcement came after the Consumer Price Index for All Urban Consumers (CPI-U) increased 0.8 percent in February, or 7.9 percent annualized.

“Increases in the indexes for gasoline, shelter, and food were the largest contributors to the seasonally adjusted all items increase,” the Bureau of Labor Statistics said in their announcement. “The gasoline index rose 6.6 percent in February and accounted for almost a third of the all items monthly increase; other energy component indexes were mixed. The food index rose 1.0 percent as the food at home index rose 1.4 percent; both were the largest monthly increases since April 2020.”

In addition to issuing the forecasts, the Senior Citizens League advocates on behalf of Social Security recipients. The organization in February released a survey stating that almost half of households that receive Social Security may pay taxes this year on a portion of their benefits. “Making matters worse, the survey indicates that retired and disabled taxpayers are more uncertain than ever about their tax liability this year,” Mary Johnson, a Social Security analyst for the Senior Citizens League, said in the release.

“Even more unlike other federal income taxes, Congress has never adjusted the income thresholds that subject Social Security benefits to taxation since the tax became effective in 1984,” Johnson added. The League supports legislation to adjust the current income thresholds for Social Security. Last year, the League launched a petition aimed at granting another $1,400 stimulus check, for Social Security recipients, in order to deal with inflation. It doesn’t appear the proposal has gotten much momentum in Congress.