On Social Security? A Key Change Could Be Coming to How Benefits Are Calculated 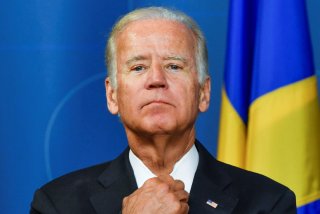 A lot of people are concerned about rising inflation in the present economy, but one group that seems likely to benefit from inflation is Social Security beneficiaries.

That’s because of the cost-of-living adjustment (COLA) built into Social Security, which could cause benefits to jump as high as 6.1 percent.

That’s the prediction, issued earlier this summer, from the Senior Citizens League.

“This is the highest COLA I’ve ever estimated in my 26-plus years of researching the annual inflation adjustment,” Mary Johnson, the Social Security and Medicare analyst for the Senior Citizens League, said last month. “While the [COLA] adjustment is high and will come as a welcome boost, retirees are trying to cope with soaring inflation right no with only a 1.3 percent boost to their benefit this year.”

Of course, it’s not all good news, since inflation means that Social Security beneficiaries will be paying higher prices for goods, along with everyone else. And the change won’t go into effect until the next benefits go out early next year.

“The big concern is that current high inflation gets built into customers’ and business’ expectations, leading to higher long-run inflation, as happened in the 1970s,” economist Gus Faucher of PNC Financial Services Group said in a recent note that was cited by CBS.

Meanwhile, one member of Congress has proposed legislation to change how such benefits are calculated.

Congressman John Garamendi, a Democrat from California, has introduced a bill called the Fair COLA for Seniors Act.

“This bipartisan legislation would create a new Consumer Price Index for the Elderly (CPI-E) to produce a cost of living adjustment (COLA) that would reflect the expenses seniors have more accurately than the current, flawed calculation that Social Security uses,” Garamendi said in a statement on his Facebook page earlier this month. The Congressman had introduced similar legislation in 2017 and 2019.

“Using a COLA that actually reflects how retirees spend their money – especially in healthcare – is a no-brainer that will increase benefits and make Social Security work better for the people it serves.”

It remains unclear whether the Fair COLA for Seniors Act has any major amount of support in Congress.

It has been endorsed by Social Security Works, however.

“One of the most valuable features of Social Security is its inflation protection. However, the current method of calculating inflation under-measures the cost of living of seniors and people with disabilities who are disproportionately burdened by rising costs of prescription drugs and other essential medical care. By more accurately accounting for the costs faced by Social Security beneficiaries, this legislation better prevents the erosion over time of Social Security’s modest but vital earned benefits.”

Stephen Silver is a journalist, essayist and film critic, who is also a contributor to The Philadelphia Inquirer, Philly Voice, Philadelphia Weekly, the Jewish Telegraphic Agency, Living Life Fearless, Backstage magazine, Broad Street Review and Splice Today. The co-founder of the Philadelphia Film Critics Circle, Stephen lives in suburban Philadelphia with his wife and two sons. Follow him on Twitter at @StephenSilver.