Social Security Reform Has No Momentum, But There Is Hope 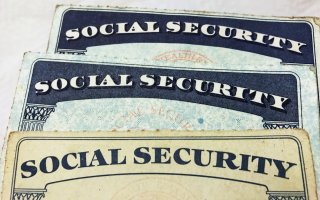 Now, a recent report says that many Americans continue to be afraid of not being able to depend on Social Security.

Those are among the fiends of the TransAmerica Institute’s annual Compendium of Findings About the Retirement Outlook of U.S. Workers, released at the end of 2021.

When asked their biggest retirement fears, 38 percent listed “a reduction in or elimination of Social Security in the future.” That was the third-most-popular response behind “outliving their savings and investments” and “declining health that requires long-term care;” respondents could list more than one response.

Furthermore, 73 percent of those polled agreed with the statement “I am concerned that when I am ready to retire, Social Security will not be there for me.” Of those polled, 32 percent said they “strongly agree.” Full-time workers were more concerned than part-time ones.

Americans have long feared that Social Security will run out at some time in the future. The Reagan Administration and Congress made a deal in the 1980s to shore up the program’s financing. President George W. Bush proposed a partial privatization of Social Security during his second term. That would have allowed Americans to put some of their Social Security contributions in private accounts. The proposal failed to gain support despite the Republicans’ Congressional majorities at the time. Nothing like it has been proposed since.

Other alternatives exist. Rep. John Larson’s “Social Security 2100: A Sacred Trust,” was introduced in the House of Representatives in 2021 with nearly one hundred cosponsors. However, the Biden Administration has not endorsed the proposal or indicated that it will make it part of its legislative agenda in 2022, while Republicans said in a recent hearing that they are not prepared to give the bill bipartisan support. However, some on the GOP side did state that they are interested in the subject of Social Security reform more broadly.

Even so, Social Security reform hasn’t broken through as a major issue in politics, and there’s little reason to think it will be treated as a major issue either in the 2022 midterm elections or in the 2024 Presidential race. However, it is likely to gain attention as 2033 approaches.