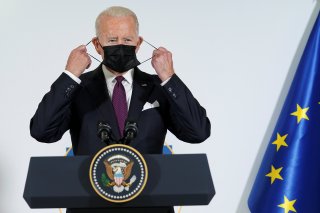 It’s been quite an eventful fall season for Social Security.

The Social Security Administration announced in October that there will be a 5.9 percent cost of living adjustment (COLA) in 2022, the highest number since the early 1980s.

The month before that, the Social Security Administration issued a report that the expected date that the main fund that supports Social Security will run out in 2034, which is one year earlier than previously projected.

Also, Social Security announced that a new type of statement will soon make its debut.

Beneficiaries are beginning to worry about whether Social Security will be available for them when they need it, according to CNBC. The news organization. cited a report by the Center for Retirement Research at Boston College, which looked at how the media affects perceptions about Social Security.

“These findings suggest that media coverage of the trust fund makes many workers fear an unrealistically severe cut to their future Social Security benefits,” Laura Quinby and Gal Wettstein, researchers at the Center for Retirement Research, said in the report.

“Respondents who read one of the three treatment headlines reduced their anticipated claiming ages by around one year, on average,” the report continued. “Additionally, they were more likely to express realistic expectations about the level of future benefits, and less likely to hold extreme positions (expecting either very low or very high benefits). In particular, reading about ongoing revenues pushed respondents to the most realistic assessment of future benefits (around three-quarters of current-law levels).”

“Don’t file early just because you have concerns about the program 12 years from now,” Scott Thoma, an investment strategist at Edward Jones, told CNBC. “You should always be making a filing decision based upon your own personal financial situation and your own needs.

“Should people rush off to take their Social Security benefits right away? No,” he said.

Congress will have a few options when it comes to keeping Social Security solvent. Its members could change the funding formula, delay the retirement age, or somehow adjust how benefits are distributed.