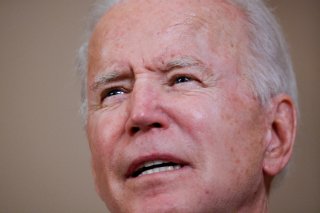 The post, attributed to an account called “Veterans Loans Online,” claims that Congress has created a new mortgage relief program for veterans, before encouraging viewers to select their military branch in order to calculate their new home payments. The post has been flagged by Facebook as containing false information based on a review by independent fact-checkers.

According to Politifact, the company that manages the “Veterans Loans Online,” account, LowerMyBills, has previously been accused of spreading false information on Facebook. In 2020, the company posted an ad claiming that veterans could use a major mortgage relief program created by Congress to quickly pay off a house. The post was labeled as false by Lead Stories, and when contacted LowerMyBills referenced a program created over 40 years ago as part of the Veterans’ Disability Compensation and Housing Benefits Amendments of 1980.

According to Politifact, while some programs do exist to help veterans refinance their mortgages, those looking to take advantage of them should use caution and keep their eyes open for some red flags, including programs that offer the option to skip a mortgage payment or that offer extremely low interest rates, as well as those that claim that there will be little to no wait time or out of pocket costs.

Also per Politifact, there is no evidence that Congress has created a program resembling the one that the “Veterans Loans Online,” account’s post is pushing.

Drugs, and in particular dangerous synthetic drugs, have also been the subject of misinformation spread on social media. A myth surrounding the very potent opiate fentanyl, for example, gained traction on social media sites that claimed a person could overdose on the drug simply by touching or inhaling airborne fentanyl. The synthetic drug “spice,” meanwhile, has been described in the media as causing people to rip off their clothes as if they had “superhuman” strength. This went viral on social media platforms, leading many to worry that some people would decide to take the drug because they thought that it would make them stronger.