SSA Whistleblowers Say They Were Marginalized After Office Return 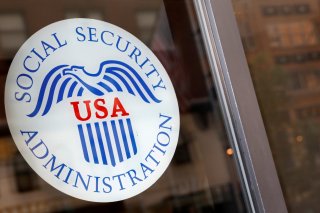 A pair of Social Security officials who exposed a pattern of unfair fines directed at disabled and poor older Americans have told their story to the Washington Post and say that they faced retaliation for coming forward.

Joscelyn Funnié and Deborah Shaw are both attorneys who worked for the Social Security Administration’s (SSA) Office of the Inspector General. They say that after they came forward in 2019, they were both removed from their roles for a time and put on paid leave.

Then, after they were reinstated, the two women say they have been “excluded from meaningful assignments, given tasks below their experience and abilities, shut out of meetings and collaboration with colleagues, and denied opportunities for advancement.” Both women say they were given only “busywork” after returning to the SSA.

“I have literally begged for meaningful, senior-executive-level work,” Funnié wrote in an email to the newspaper. “My pleas for meaningful work continue to fall on deaf ears, and I have no seat at the table with the Inspector General or her senior staff. They pretend I don’t exist, hoping that eventually I will exhaust my emotional and financial resources and walk away.”

“I continue to be marginalized and left out of the loop on work being done in my component,” Shaw told the Post. “Perhaps worst of all, my experience has become a cautionary tale for those who might otherwise speak about mismanagement, abuse of discretion and all sorts of serious wrongdoing within the [inspector general’s] office.”

Inspector General Gail Ennis was a Trump appointee. Last year, Ennis was accused by employees of monitoring the computer logs and telephone records of at-home workers for the agency.

The controversy was first reported on by the Washington Post back in May and involved the Civil Monetary Penalty program. That program, within the Office of the Inspector General, is meant to stop Social Security fraud, but the whistleblowers said fines were unfairly leveled against more than 100 people, many of them disabled or poor. Some of the fines were in the hundreds of thousands of dollars.

“The inflated fees were set in motion during the Trump administration when attorneys in charge of a little-known anti-fraud program run by the inspector general’s office levied unprecedented fines against …  more than 100 other beneficiaries without due process, according to interviews, documents, and sworn testimony before an administrative law judge,” the May Post report said. “In doing so, they disregarded regulations and deviated from how the program had recovered money since its inception in 1995, failing to take into account someone’s financial state, their age, their intentions and level of remorse, among other factors.”

That report led to the opening of an investigation and the civil penalty program was suspended.