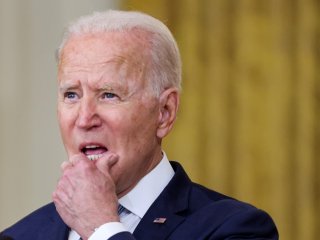 Despite the lack of new updates put out by the Internal Revenue Service, know that there are Americans out there who are still waiting to get their hands on the $1,400 coronavirus stimulus checks that are an essential part of President Joe Biden’s $1.9 trillion American Rescue Plan.

The latest estimates suggest that approximately one hundred seventy million checks—representing a sizeable value of $400 billion—have already headed out to eligible Americans since the passage of the stimulus bill in the spring. Anywhere between five and ten percent of those eligible for the checks have yet to see the direct cash in their bank accounts.

However, do take note that there are still options available to those who have been relegated to the sidelines for this third round of stimulus. Perhaps it is high time to finally talk to a live human being by dialing the IRS Economic Impact Payment phone number, which is 800-919-9835.

Yes, there’s no doubt that many callers will be left on hold for a considerable amount of time, but for some individuals, this is indeed a necessary step they have to take.

Do be aware that the IRS is juggling several other responsibilities concurrently, not to mention the thirty-five million tax returns that it is currently working through. “IRS live phone assistance is extremely limited at this time,” states the agency’s website.

Keep in mind that those individuals who recently filed their tax returns were able to see the money land in their bank accounts several weeks after. For months, the IRS has pressed Americans to file an extension and complete the returns if they haven’t already.

“Although payments are automatic for most people, the IRS continues to urge people who don’t normally file a tax return and haven’t received Economic Impact Payments to file a 2020 tax return to get all the benefits they’re entitled to under the law, including tax credits such as the 2020 Recovery Rebate Credit, the Child Tax Credit, and the Earned Income Tax Credit,” the IRS says.

Filing a tax return will also help out with collecting missing stimulus checks from the first two rounds, as the ultra-handy Recovery Rebate Credit has been added to the forms.

“If you didn’t get any payments or got less than the full amounts, you may qualify for the Recovery Rebate Credit and must file a 2020 tax return to claim the credit even if you don’t normally file,” the IRS notes.

Most eligible Americans should have received the confirmation letter known as Notice 1444 from the IRS stating that their stimulus check was issued. If it is still missing, these individuals should immediately request an IRS payment trace.

Know that the same action can also be initiated if the IRS “Get My Payment” tool shows that the payments have been transferred but the balance has not changed in the recipient’s bank account.