Stimulus Check Bad News: If You Don't Spend It Correctly You Could Go to Jail 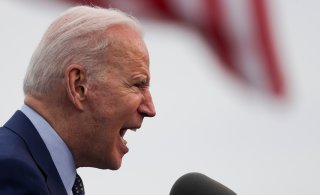 A Wisconsin woman has been threatened with jail time by a judge after she failed to spend her stimulus check on back rent, as she had been ordered to previously.

The woman, a twenty-two-year-old single mother, faces sixty days in jail for contempt of court. She was in court in the first place in order to fight her eviction and has now been told by a judge that she must pay $500 to avoid jail for contempt, according to The Wisconsin Examiner.

The woman, however, did not have a lawyer by her side for most of the process, and both her current lawyers and other experts quoted by the news outlet say that the judge’s contempt order was not legal. The woman, later in the process, contacted a legal services clinic that now represents her.

It’s a case that raises questions about the way the legal system punishes people who are poor, and how poverty drives people into decisions that are often met with the harsh judgment of the courts. For instance, a $500 fine and a two-month jail sentence will likely make a poor person’s problems even worse.

The woman, who had been living with a boyfriend and their two-year-old child at the start of the pandemic, later fell beyond on rent and believed that she was prevented from eviction by the federal eviction moratorium.

In reference to the case, the Examiner article quoted the Wisconsin attorney, law professor and legal expert who goes by the single name “Mitch.”

“This, to me, has an awful underpinning that seems like this is happening because the person is being treated differently because they’re low income,” Mitch told The Washington Examiner. “It’s not just an issue that’s the result of poverty, poverty is causing these issues.”

Beatty had been told by the judge, without a lawyer present, that she was not to spend her stimulus check on anything but rent, but she actually spent it on “necessities,” per The Washington Examiner report. The woman was also asked to surrender her debit card to an attorney for her landlord.

“Everybody has been proceeding as if the tenant is the one to make that decision,” One of the woman’s lawyers told the outlet. “Where does partial rent fall on my list of priorities between keeping my car running, cell phone going and kids fed, all those other expenses? At the end of the day, you’ve got 20 bucks left and you have to decide to give that 20 bucks to your landlord, who has already filed an eviction action against you—or spend it on your cell phone as you’re looking for a new job.”