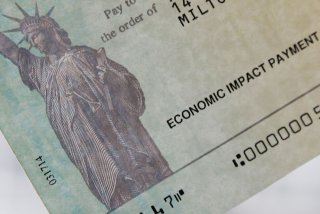 Over the past several months, high inflation and the ongoing threat of COVID-19 variants and subvariants continue to make life challenging for pandemic-weary Americans.

It is against this unsavory backdrop that ordinary financially struggling Americans have demanded another round or two of government-issued stimulus checks. Currently, there are seven such petitions that have collectively garnered over five million signatures.

The petition calls on Washington lawmakers to support cash-strapped families with a $2,000 payment for adults and a $1,000 payment for children until the nearly two-year-long health crisis ends. Bonin further stated that she is “one of millions of Americans who fear for my financial future because of this coronavirus crisis.”

“With businesses and schools closing across the country to control the spread of this virus, many people have already lost their jobs. Others are being forced to stay home. This is catastrophic for working families like mine,” she adds.

Bonin also said “laid-off workers, furloughed workers, the self-employed, and workers dealing with reduced hours will struggle to pay their rent or put food on the table.”

The second most popular petition is led by the Senior Citizens League, which has urged Congress to approve a $1,400 stimulus check to only Social Security recipients.

“Social Security benefits are one of the few types of income in retirement adjusted for inflation. But soaring inflation has taken a toll on household finances of retired and disabled Social Security recipients,” the petition writes.

Not to be outdone, several states already have stepped in to issue their own direct payments to residents. Some of those states include Indiana, Maine, California, Maryland, Florida, Georgia, Michigan, and Tennessee.

In addition, Minnesota Gov. Tim Walz recently announced a plan to provide $700 million in direct payments to some 2.7 million state residents for a $150 or $350 check.

“To continue growing Minnesota’s economy, we must invest in the people who made it strong in the first place,” Walz noted in a statement.