Stimulus Checks Coming: 36 Million Families May Be Eligible For The Child Tax Credit 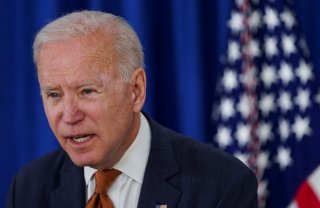 More than 36 million families who may be eligible for the enhanced child tax credit will receive a letter from the IRS, as the agency ramps up its efforts to issue the payments starting in July.

The $1.9 trillion coronavirus relief bill passed in March boosted the original child tax credit from $2,000 to as much as $3,600 per child until the end of the year. The IRS will begin distributing the additional pandemic aid on July 15 in the form of monthly payments through December.

Families will also receive a follow-up letter with an estimate of their monthly payments, which will be based on 2020 or 2019 tax returns.

Similar to the qualifications for the stimulus payments from President Joe Biden’s relief bill, individuals earning up to $75,000 are eligible for the full enhanced credit amount, as well as joint filers making up to $150,000 and heads of households earning up to $112,500. The amount will then drop by $50 for each $1,000 in income above these caps.

And while the enhanced credit expires at the end of the year, the White House has proposed extending it through 2025.

Some congressional Democrats, however, say that even extending it for another three years won’t be sufficient for struggling families, arguing that the credit should be made permanent.

“Expansion of the Child Tax Credit is the most significant policy to come out of Washington in generations, and Congress has an historic opportunity to provide a lifeline to the middle class and to cut child poverty in half on a permanent basis,” a group of lawmakers wrote in a letter to the president earlier this year. “No recovery will be complete unless our tax code provides a sustained pathway to economic prosperity for working families and children. Permanent expansion of CTC will continue to be our priority.”