'Stimulus Checks' for Weed? California Has Big Plans to Dominate the Pot Industry 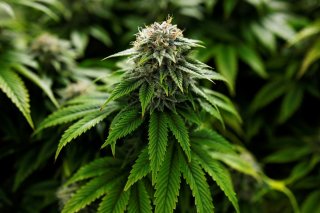 California is pumping $100 million into the state’s cannabis industry to help struggling growers and sellers ramp up sales.

The new measure, proposed by Gov. Gavin Newsom (D), was approved by the California legislature on Monday and will help cannabis businesses turn their provisional licenses into permanent ones.

“California voters approved Proposition 64 five years ago and entrusted the Legislature with creating a legal, well-regulated cannabis market,” said Assemblyman Phil Ting (D) of San Francisco and the chairman of the Assembly Budget Committee. “We have yet to reach that goal.”

Newsom’s office reported that roughly 82 percent of licenses in the state are provisional, as cannabis business owners can't afford the costs of converting them to permanent ones. This is largely due to the costs associated with running operations in a way that has minimal, if at all, negative environmental effects.

“Gov. Newsom is dedicated to the success of the legal cannabis industry in California,” Nicole Elliott, the governor’s senior advisor on cannabis, said. “The purpose of this one-time $100 million in grant funding is to aid locals and provisional licensees, many of which are small businesses, legacy operators, and equity applicants, in more expeditiously migrating to annual licensure.”

The funds, which include $22 million just for Los Angeles, can be used to help cities hire professionals and staff to assist with business operations, along with transitioning licenses from provisional to permanent ones.

“This grant program will certainly ease the burden placed on legal companies and allow regulators to work through the backlog of licenses at a faster pace," Matt Hawkins, managing partner of Entourage Effect Capital and chairman of the board at Harborside, told Benzinga.

Although California legalized recreational marijuana in 2016, the number of licensed dealers is actually three times less than the number of illegal dealers.

That can be due to several key factors, including the high tax on legalized marijuana, the costs of complying with environmental requirements, and the barriers within certain cities to hold dispensaries.

In a separate effort, Newsom is also pushing for a six-month extension beyond the Jan. 1 deadline to apply for provisional licenses. The move wasn’t included in the state budget bill that was approved this week and is still being discussed among lawmakers.