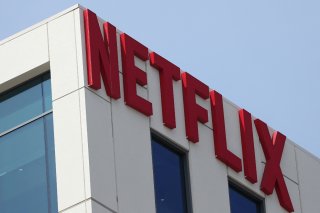 Per CNBC, Netflix shares “cratered” by more than 20 percent in the wake of the announcement. According to CNBC’s report, it was Netflix’s first reported net subscriber loss in more than a decade and its first since becoming a streaming-first company.

The company reported $7.78 billion in revenue, compared to analyst predictions of $7.93 billion, and it also reported an earnings per share value of $3.53, compared to the predicted $2.89. Analysts, however, had predicted that Netflix would add subscribers in the first quarter.

In addition, Netflix forecast a loss of another two million subscribers in the second quarter.

“Our revenue growth has slowed considerably as our results and forecast below show,” Netflix’s management said in a shareholder letter released Tuesday. “Streaming is winning over linear, as we predicted, and Netflix titles are very popular globally. However, our relatively high household penetration—when including the large number of households sharing accounts—combined with competition, is creating revenue growth headwinds. The big COVID boost to streaming obscured the picture until recently.”

The subscriber loss followed Netflix’s price increases during the quarter; the company was still profitable.

“While we work to reaccelerate our revenue growth—through improvements to our service and more effective monetization of multi-household sharing—we’ll be holding our operating margin at around 20%,” the letter said. That’s a reference to the company’s recent moves, after years of signaling the opposite, to cut down on password sharing.

“In addition to our 222m paying households, we estimate that Netflix is being shared with over 100m additional households, including over 30m in the UCAN region,” the company said in the letter. “Account sharing as a percentage of our paying membership hasn’t changed much over the years, but, coupled with the first factor, means it’s harder to grow membership in many markets—an issue that was obscured by our COVID growth.”

That was listed as a factor in Netflix’s struggles, along with growing competition and “macro factors,” including inflation and the Russo-Ukrainian war.

“Our plan is to reaccelerate our viewing and revenue growth by continuing to improve all aspects of Netflix—in particular, the quality of our programming and recommendations, which is what our members value most,” the letter said. This includes “doubling down” on content spending, as well as figuring out how to “monetize sharing.”

Netflix touted successful shows like Bridgerton and Inventing Anna, as well as the movies Don’t Look Up, The Adam Project, and The Tinder Swindler. However, Apple’s CODA beat Netflix to the first Oscar Best Picture win by a streaming service.