Super Stimulus Check: One State Will Pay You To Go Back to Work 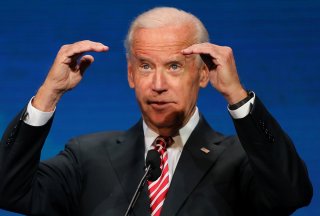 Ohio businesses are offering a spate of back-to-work incentives for residents in the state, including cash bonuses and free pizza as companies struggle to find workers to fill the vacant roles.

OhioMeansJobs, a local job openings website, has listed over 270,000 job openings across the state, nearly 70,000 more since the beginning of the year.

White Castle, famous for its hamburger slider, boosted its hourly wage from $11.50 to $15. The chain’s competitor, Wendy’s, started offering $100 signing and referral bonuses. Sheetz, the gas station chain, increased its hourly pay by $2 and is providing summer hour bonuses. The Columbus Dispatch first reported the findings.

Baby product company Evenflo is offering signing bonuses of $1,500, while the Hard Rock Casino Cincinnati is offering bonuses of up to $4,000. Target, the retail giant, has also been advertising jobs at one of its warehouse locations in the state with starting hourly wages at $17.75.

George Goldhoff, president of Hard Rock Casino, told the Dispatch that “we were in competition with the U.S. government” during the coronavirus crisis and noted that “while we could pay more, there wasn't enough of a premium for them (former casino workers) to come back.”

Several employers, like pizza chain Donatos, have decided to offer “dinnerviews” instead of monetary incentives to bring people back to work.

Some economists believe that the back-to-work incentives will contribute to an overall, permanent increase in wages.

“A more permanent wage would probably resonate with most workers,” Ben Ayers, a senior economist at Nationwide Insurance, told the Dispatch. “There is an environment of standing that many of the sectors, the frontline workers, haven't seen as much wage change in recent years.”

The initiatives come as businesses across the U.S. have found difficulty in finding people to return back to work, despite the high unemployment rate compared to pre-pandemic levels.

Economists predict that more Ohioans will return to the labor market after the $300 weekly unemployment insurance expires at the end of the month in Ohio.

Several congressional Republicans have argued that the widespread labor shortages were caused by President Joe Biden’s $1.9 trillion stimulus package, as the law sent millions of Americans federal aid to provide them financial support during the pandemic. GOP lawmakers contend that the stimulus disincentivized people from returning to work.

The White House and congressional Democrats argue, however, that the labor shortages are due to fears of contracting the novel disease and due to inadequate access to child care, as millions of schools are still operating partially with online instruction.

Rachel Bucchino is a reporter at The National Interest. Her work has appeared in The Washington Post, U.S. News & World Report, and The Hill.