Is Support Growing for a Fourth Stimulus Check? 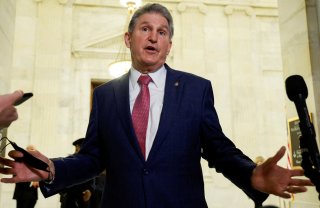 Over the course of the nearly two-year-long coronavirus pandemic, Congress has approved three much-needed stimulus checks to most eligible Americans. The first was a $1,200 check in April 2020, then $600 in December 2020. Payments of $1,400 were given the go-ahead last spring under President Joe Biden’s American Rescue Plan.

However, it appears that all across the country, the trajectory of the ongoing pandemic and high-inflationary pressures is only continuing to get worse—and putting even more strain on the pocketbooks of ordinary, pandemic-weary Americans.

In Central Texas, TV station KWTX reported that both advocates and lawmakers have said that the American Rescue Plan “is failing to rescue families who have struggled since the start of the pandemic” and that “a fourth and recurring stimulus plan should be put in place.”

The news outlet reported that “lawmakers say the proposal for recurring $2,000 stimulus payment every month would last until the pandemic is over.”

However, according to Texas A&M Central Texas economics professor Rob Tennant, regular monthly payments might just be a pipe dream. A fourth stimulus check may be more likely, though.

“They’ll have more money to work with, which could potentially drive inflation further harder and higher, as well as causing more shortages,” Tennant said.

“So, it can create a vicious cycle. It doesn’t mean the suffering of people doesn’t matter; it just means all aspects of this need to be taken into consideration.”

Tennant continued by saying that the best option right now for low-income families is to find better-paying jobs.

“If you’re in a job that’s not paying very well, I’d recommend looking for a job that pays better because it’s so difficult to find employees right now, that if you’re a good worker and you’re healthy, the world is your oyster,” he claimed.

Over the past summer, it appeared that the White House was open to the idea of issuing a fourth stimulus check, but it has since pivoted to other pressing issues. One of those is garnering enough support for the contentious Build Back Better bill.

However, Build Back Better continues to receive a lukewarm response from West Virginia Democratic Senator Joe Manchin, whose vote is key in an evenly split Senate. He has asserted for weeks that extending the credits would only discourage people from working and that any additional federal spending would only further exacerbate current inflationary pressures.