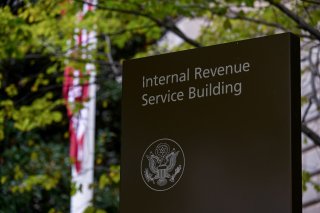 It has been well-documented that the Internal Revenue Service (IRS) is dealing with a massive backlog of millions of unprocessed tax returns and correspondence.

Due to this and the potential to create even more time-consuming problems for the beleaguered agency, the White House has decided to hit pause on a handy online tool that it had widely promoted as a way for low-income Americans to collect the enhanced child tax credit (CTC) that they are entitled to, according to Politico.

“The administration has reluctantly concluded that it cannot allow them to use the portal to claim billions in child payments now being distributed by the IRS because it will cause too many problems with tax-filing season,” the news site writes, adding that the administration plans to reopen the portal after the tax filing season ends on April 18.

The portal was built out as an app that enabled non-filers to report basic information in order to still receive the CTC payments. In most cases, individuals who earn less than $12,550 or $25,100 as a couple do not have to file a tax return.

“If you want to receive your remaining or missing Child Tax Credit today, you need to file a tax return,” the GetCTC app website says. Over the past two months, the site was used by 114,000 households, according to Code for America, which developed the portal.

“It’s going to be confusing for people,” David Newville, a senior program director at Code for America, told Politico. “If they used the tool, they’re going to want to use it again.” He predicted that some people likely won’t take the time to fill out an entire tax return to receive the credits. “The full return has lots of challenges for non-filers who have a hard time navigating the process,” he continued. “It is a really high bar for some folks.”

From July to December last year, the American Rescue Plan-approved enhanced credits provided eligible parents as much as $3,600 for a child under the age of six and up to $3,000 for children between ages six and seventeen.

Broken down, this amounted to a $250 or a $300 payment for each child that was issued to parents each month. These eligible families are now entitled to the second half of the tax credit money when they file a tax return this year.

There’s also increasing talk about extending these popular credits. In an effort to garner more bipartisan support, Sen. Mitt Romney (R-Utah) has proposed a cash benefit program that has work requirements attached to the monthly payments.