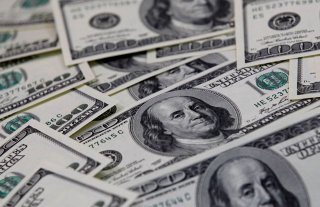 It is now less than a week until the May 17 deadline to file your 2020 federal income taxes—and that date was extended from the normal date of April 15. If you haven’t filed your taxes yet, then you’re not alone. Upwards of one-third of Americans still have to file their taxes, according to a survey conducted by IPX 1031.

Of those who have yet to file, the survey found that some 40 percent said it was simply too time-consuming, while twenty-two percent said it was just too stressful. An additional 22 percent opted to wait and make sure they were filing it correctly and ten percent said they weren’t rushing as they expect no refund for last year.

About 6 percent said they were waiting as they worried that they would owe money to the Internal Revenue Service (IRS).

What the survey didn’t note specifically was what impact the extreme winter weather in the southern United States played in the filing delays?

However, the IRS has tried to ease the burden for those who were affected by the weather. Those living in Alabama, Kentucky, Louisiana, Oklahoma or Texas were automatically given additional time without the need to file an extension. Residents of Texas, Oklahoma and Louisiana who were victims of the February storms now have until June 15; while residents in Kentucky impacted by the Feb. 27 storm have until June 30. Those residents in Alabama who were victims of the March 15 storms have had their tax filing deadline pushed all the way back until August 2.

That doesn’t mean to delay if you don’t have to, and even if you were provided an extension you should try to file the taxes as soon as possible. For many, it can take days or weeks to gather everything you need and if you run into problems you could risk missing the deadline.

Tax experts have suggested there really is no reason to procrastinate.

Yet, if you’re confident you’re due to get a refund and don’t need that cash, then you can still take a bit more time to file. The IRS will simply hold your money until you get around to filing. Taxpayers owed a refund can even claim it up to three years after the filing deadline by submitting a tax return for that year(s) to the IRS.

However, filing your taxes is still the only way you’ll get that refund and any stimulus checks you were eligible for but didn’t receive. Plus, that is the only way to take advantage of the earned income and child tax credits. Moreover, families with children eligible for the newly enhanced tax credit need to file a 2020 return to receive payments set to start up in July.

The good news for those who didn’t file is that there is still time to make any contributions to their individual retirement account (IRA). Contributing to an IRA could even help lower your tax bill.

The filing deadline remains most important for those who may owe the IRS money. By filing on time you can avoid paying penalties and late fees.

Heed the wisdom of Benjamin Franklin, “Don’t put off until tomorrow what you can do today.”