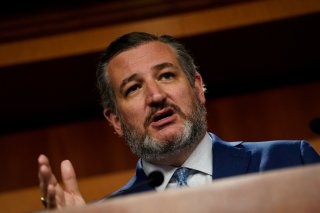 Sen. Ted Cruz (R-TX) on Sunday argued that the Supreme Court was “clearly wrong” in its 2015 landmark ruling on Obergefell v. Hodges, which legalized same-sex marriage.

“I think that decision was clearly wrong when it was decided. It was the court overreaching,” Cruz said in a clip posted on his YouTube channel for his podcast Verdict with Ted Cruz, per CNN.

“The way the Constitution set up for you to advance that position is convince your fellow citizens, that if you succeeded in convincing your fellow citizens, then your state would change the laws to reflect those views. In Obergefell, the court said, ‘No, we know better than you guys do, and now every state must, must sanction and permit gay marriage,’” he added.

Cruz, however, admitted that the Supreme Court likely doesn’t have the “appetite” to overturn same-sex marriage due to the complications it would create.

“You’ve got a ton of people who have entered into gay marriages and it would be more than a little chaotic for the court to do something that somehow disrupted those marriages that have been entered into in accordance with the law,” he said, per NBC News.

“I think that would be a factor that would, would counsel restraint, that the court would be concerned about. But to be honest, I don’t think this court has any appetite for overturning any of these decisions,” he concluded.

“Roe was egregiously wrong from the start,” Justice Samuel Alito wrote in his majority opinion. “Its reasoning was exceptionally weak, and the decision has had damaging consequences. And far from bringing about a national settlement of the abortion issue, Roe and Casey have enflamed debate and deepened division.”

In a separate opinion on the abortion decision, Justice Clarence Thomas referred to the 2015 Obergefell Supreme Court ruling as “demonstrably erroneous” and suggested that the court revisit other decisions.

“Because any substantive due process decision is ‘demonstrably erroneous,’ we have a duty to ‘correct the error’ established in those precedents,” Thomas wrote.