Third Installment of Child Tax Credits Head Out This Week 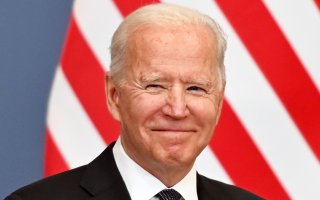 The much-anticipated payments for September from the expanded Child Tax Credits are slated to head out this week to tens of millions of eligible American families.

However, do keep in mind that after this month’s Child Tax Credit payments, there will only be three more checks left to be disbursed—which are scheduled to be released on October 15, November 15, and December 15.

Those families on the receiving end of the newest government-issued cash windfall should thank President Joe Biden’s $1.9 trillion American Rescue Plan, which gives eligible parents as much as $3,600 per year for a child under the age of six and up to $3,000 for children between ages six and seventeen. Broken down, this all means that a $250 or a $300 payment for each child will be direct deposited each month through the end of the year.

For eligible parents who are missing any of the previous two checks, keep in mind that the White House, along with the U.S. Treasury Department and the nonprofit tech organization Code for America, recently launched a new mobile-friendly online portal that can be found on GetCTC.org. The chief aim of this particular tool is to help low-income Americans who don’t generally file taxes claim the child tax credits or any of the past stimulus checks.

Be aware that the Internal Revenue Service’s Non-filer Sign-up Tool can also be used to give the tax agency the required information, such as a valid address and routing and bank account numbers, to help it promptly issue the direct payments. The agency has also pushed out a new feature that enables any eligible household to update their mailing address via the Child Tax Credit Update Portal, which can also be used to change their bank account information for any future direct deposits.

What recent data are proving is that these timely tax credits appear to be making a difference in feeding the nation’s hungriest families. The latest Census Bureau’s Household Pulse Survey is showing that the number of adults living in households with children that reported not having enough to eat has plummeted by more than three million—a total reduction of about one-third.

In addition, a separate study released by Gregory Acs, vice president for income and benefits policy at the Urban Institute, and Kevin Werner, a research analyst in the income and benefits policy center at the think tank, revealed that continuing the child tax credits beyond just this year has the potential to cut child poverty to about 8.4 percent from 14.2 percent, which amounts to a 40 percent drop.

“The child tax credit (CTC) has long demonstrated its ability to reduce child poverty, and its expansion under the American Rescue Plan Act of 2021 has only enhanced that potential,” they wrote.

“In fact, new Urban Institute research shows that the Biden administration’s plan to extend the CTC expansions until 2025 would reduce child poverty (as measured by the Supplemental Poverty Measure) more than 40 percent in a typical year, meaning 4.3 million fewer children would be in poverty,” they added.