Treasury Secretary: IRS Misses Out on Billions of Uncollected Taxes 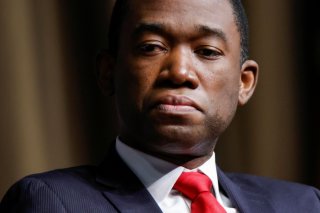 The highly understaffed and underfunded Internal Revenue Service (IRS) is expected to miss out on roughly $600 billion in uncollected taxes this year, according to Deputy Treasury Department Secretary Wally Adeyemo.

In a recent interview on National Public Radio, Adeyemo noted that the agency needs more financial support from Congress to enforce existing tax laws and improve the tax filing experience for all Americans. “Last year, the IRS received 230 million phone calls and only had 15,000 people to answer those calls, which meant that each person had to answer 16,000 calls. And while the American people feel that every day, what Congress has actually done is starve the IRS of the resources it needs to enforce taxes against the wealthiest Americans, who are the least likely to pay their taxes,” he said.

President Joe Biden and most Democrats have been pushing for an $80 billion investment over the next decade to rebuild the tax agency’s capabilities, but that ambitious House-approved effort has stalled out in the Senate.

“It's important to remember that the IRS is trying to serve every American,” Adeyemo said. Adeyemo added that “the most important thing that we need to do is to improve the technology of the IRS.”

Adeyemo also touched on the highly contentious tax gap between most Americans and the wealthy. “If you're a teacher, if you're a fireman, if you're a police officer, you get a W-2, so the IRS knows how much money you earn. But if you're a billionaire or a millionaire, you're far more likely to be able to avoid taxes,” he said. “They have armies of lawyers who can help them avoid taxes, and because Congress has underfunded the IRS. Today, the IRS has as many employees as they had in 1970, and the technological system that they're using to drive tax processing was built in the 1960s before we went to the moon. So wealthy individuals have all of the capacity to be able to try and avoid their taxes, and the IRS has few resources to be able to go after them,” he continued.

Despite entering this recently completed tax season with millions of unprocessed personal returns and correspondence, the IRS still has been able to process nearly 100 million out of the 103.3 million tax returns it has received, according to the agency’s latest data release.

The IRS has so far issued approximately 70 million tax refunds worth more than $222 billion. Broken down, the average refund comes in at $3,175, which is up an impressive 9.9 percent compared to last year.