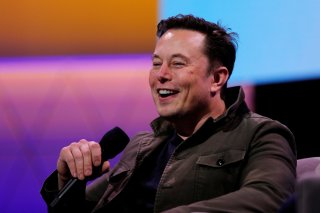 Earlier this week, Twitter announced that it had reached an agreement with Elon Musk on a deal to sell him the company. The deal is expected to close later this year, and will put the world’s richest man, and a power user of the social media giant, in charge of the social network.

In the subsequent days, a bizarre phenomenon occurred: Several of the most popular accounts on the platform suddenly lost large numbers of followers, while several prominent conservative accounts suddenly gained many new followers. Former President Barack Obama, the platform’s most-followed account, lost 300,000 followers in the hours after the deal announcement, while pop singer Katy Perry lost 200,000.

NBC News, this week, looked into the phenomenon. "While we continue to take action on accounts that violate our spam policy which can affect follower counts, these fluctuations appear to largely be a result of an increase in new account creation and deactivation,” Twitter said in a statement to NBC News, also published by TechCrunch.

Apparently, some large numbers of users had deactivated their accounts following the news that Musk would be taking over the platform, while at the same time users of a more conservative bent have opened new accounts or possibly reactivated previously inactive ones.

One analysis on Twitter showed that of the 65,000 accounts that had followed Brazilian president Jair Bolsonaro in the previous two days, 58 percent had been created within forty-eight hours, indicating that many of them were bots.

What isn’t true, however, is that Musk caused the account changes himself, as the deal is not yet closed and Musk has not yet taken control of the company.

The Twitter world has experienced a whirlwind over the last three weeks. It began when Musk bought a 9 percent stake in Twitter, setting off a firestorm of speculation about what the billionaire’s next move would be. He later indicated plans to try to take over the whole company, and was met with a “poison pill” from Twitter’s board to prevent such a takeover. But, after Musk was able to line up financing, he made a new offer to buy the company outright, and the deal for his purchase was announced on April 25. The deal is for $54.20 per share, valuing the soon-to-be-private company at about $44 billion.

"Free speech is the bedrock of a functioning democracy, and Twitter is the digital town square where matters vital to the future of humanity are debated," Musk said in the announcement. "I also want to make Twitter better than ever by enhancing the product with new features, making the algorithms open source to increase trust, defeating the spambots, and authenticating all humans. Twitter has tremendous potential – I look forward to working with the company and the community of users to unlock it.”