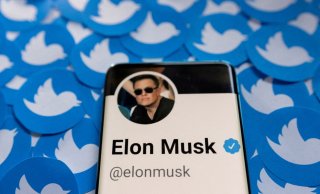 On Friday morning, at 5:44 Eastern time, Musk tweeted to his 92.7 million followers that “Twitter deal temporarily on hold pending details supporting calculation that spam/fake accounts do indeed represent less than 5% of users.” He attached a Reuters story—published on May 2, eleven days earlier—showing that Twitter had estimated in a filing that spam and fake accounts represented “fewer than five percent of its monetizable daily active users” during the first quarter.

That Twitter filing had presented the “fewer than five percent” as a low figure, but it is apparently high enough to get Musk to rethink his planned takeover of the company. In late April, Musk had agreed to purchase Twitter for $44 billion and take the company private.

In a note to clients Friday, analyst Daniel Ives of Wedbush Securities, who follows Tesla, described the Musk tweet as a “circus show move.”

"The implications of this tweet will send this Twitter circus show into a Friday the 13th horror show as now the Street will view this deal as 1) likely falling apart, 2) Musk negotiating for a lower deal price, or 3) Musk simply walking away from the deal with a $1 billion breakup fee,” Ives wrote. “In our opinion, with the nature of Tesla shares being used as leverage for Musk in the deal, the massive sell-off seen in Tesla and the overhang created by this deal has turned into a life of its own.”

On Thursday, The Verge reported that Twitter’s current CEO, Parag Agrawal, had sent a memo announcing a hiring freeze and some executive departures. The departures included Kayvon Beykpour, the company’s head of consumer product; Beykpour later tweeted that he was interrupting his paternity leave to announce his departure.

“Effective this week, we are pausing most hiring and backfills, except for business critical roles as determined by Staff members in partnership with their HRBPs. We will also be reviewing all extended offers to determine criticality and those that should be pulled back,” the memo said.

Also, CNBC reported Thursday that Twitter’s market cap had dropped by $9 billion since the deal’s announcement. And with Musk’s announcement that the purchase is on hold, the market cap will likely only decline further.

If the deal falls apart, Musk will have to pay a $1 billion breakup fee.