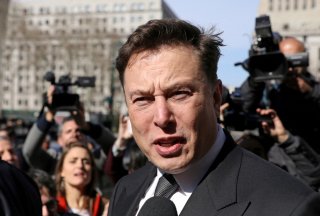 During one phase of Elon Musk’s bid to become the new owner of Twitter, Musk was reportedly borrowing against his very lucrative Tesla stock, in part, to finance the bid, although Musk later adjusted the financing to no longer do so- until, that is, he announced plans to pull out of the deal.

Twitter has since sued Musk in the Delaware Court of Chancery to hold him to the deal. And this week, The Verge reported, Twitter subpoenaed Tesla as part of the discovery for the suit.

Also requested are Tesla’s communications with journalists about the merger, and information about Musk’s margin loan, taken out after the merger was agreed to in May.

Musk, the CEO of Tesla, is also the company’s largest shareholder, and his shares in that company are the most significant component of his net worth as the world’s richest person.

Meanwhile, per the Associated Press, Musk has countersued Twitter, but it has remained sealed. However, the judge said the Musk countersuit would become public by Friday at the latest. Twitter, in its suit, had claimed that Musk is trying to get out of the deal on dishonest pretenses.

“Few cases attract as much public interest as this one, and Twitter is mindful of this court’s commitment to ensuring maximum public access to its proceedings,” Twitter attorney Kevin Shannon wrote, per the AP. “Twitter has no interest in proposing any more redactions to defendants’ responsive pleading than are necessary.”

“Twitter should not be permitted to continue burying the side of the story it does not want publicly disclosed,” Edward Micheletti, who represents Musk, said.

The case is scheduled for trial in late October, following a ruling last month. Musk had asked to push the trial to next February.

"The reality is that delay threatens irreparable harm to the sellers and Twitter," Chancellor Kathaleen McCormick, the chief judge at Delaware's Court of Chancery, said in her ruling last month. "The longer the delay, the greater the risk.”

Musk has continued to tweet, even as the dispute resolution likely remains far away.

“It sure is hard to find a news source that’s accurate, relevant & not totally depressing!, Musk tweeted last week while musing on the quality of today’s media. “Old-school version of The Economist & Jon Stewart Daily Show / Colbert Report were great… Maybe Twitter can become that.”