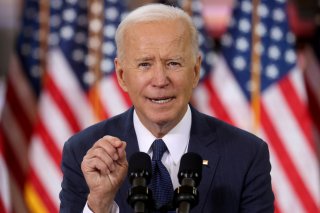 As President Biden begins his fifth month in office, he has devoted most of his interactions with Congress to advocating for a pair of COVID-19 economic relief bills. The American Jobs Plan, Biden’s first proposal, would spend roughly $2 trillion on infrastructure improvements over the coming decade to foster job growth. And the American Families Plan would provide an additional $2 trillion in economic relief targeted towards American families – most notably through the extension of the $3600 Child Income Tax Credit until 2025.

The current Child Tax Credit is being sent out in the form of monthly payments from the IRS; in that sense, American families making less than $150,000 per year will receive what amounts to a fourth stimulus check between July and December. However, a growing number of Democrats on Capitol Hill are pushing for a fourth – and possibly a fifth – stimulus check for all Americans.

Proposals for a fourth stimulus measure have circulated since March; by now, roughly 80 Democratic lawmakers have recorded their support for a further stimulus measure, although many disagree on what and how much would be included. The most recent argument in the stimulus debate has been a letter, written by Rep. Jimmy Gomez (D-CA) and six other House Democrats, advocating for recurring payments for the duration of the pandemic.

As evidence for the use of a fourth check, Gomez cited an April poll in which six in ten respondents claimed that the March 2021 stimulus check would be gone by June. While broadly thanking Biden for his leadership during the pandemic, the letter criticized the stimulus payments as “ad hoc” solutions and called for a lasting and stable system of payments.

Although the letter did not specify an amount for these payments, a common Democratic proposal has been for monthly payments of $2000 throughout the crisis. This idea has been advocated for by Democrats including Reps. Alexandria Ocasio-Cortez (D-NY) and Ilhan Omar (D-MN), and was supported by current Vice President Kamala Harris as a senator.

Unfortunately for Gomez, the prospects of a fourth stimulus check appear slim. Congressional Republicans have remained overwhelmingly opposed to such a measure; for it to pass, ten Republicans would need to support it to defeat an attempted filibuster, a virtual impossibility following the bitterness over the partisan vote to defeat a proposed January 6 Commission. The Biden administration is currently in negotiations with Senate Republicans to decrease the size of his relief proposals; therefore, a demand by his party’s progressive wing for him to abruptly increase it will probably go nowhere.