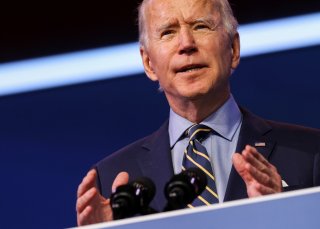 Unfortunately, it appears unlikely that there will be a fourth stimulus check. President Joe Biden has said nothing on the topic; White House Press Secretary Jen Psaki has implied that the president has larger plans; and while around eighty progressive Democrats in the House and the Senate have indicated their support for such a measure, the majority of legislators, Democrats and Republicans alike, are uncertain of, or hostile towards, the proposal.

However, a fourth stimulus check is not the only way that the American Rescue Plan Act, signed in March 2021, could help you during the pandemic. The CDC has imposed a federal moratorium on evictions for Americans behind on their rent. Federal unemployment benefits are scheduled to continue through August, although twenty-four states have begun to undo them, fearing they may have a negative effect on employment. And a new measure is slated to make it easier for many homeowners to pay costs associated with their homes during the pandemic.

The Homeowners Assistance Fund (HAF) is a federal fund created to prevent Americans from losing their homes. The American Rescue Plan Act, altogether worth nearly $2 trillion, added $10 billion to the HAF, intended to provide money to homeowners to assist with their mortgage payments, prevent foreclosures, and allow for payments on smaller expenses such as utilities.

Unlike the stimulus check, the money is not sent out automatically; homeowners must apply for it through their state housing boards. Unusually, while the $10 billion was provided by the federal government, the payments will be made on a state-by-state basis, rather than at the federal level.

The Treasury Department has stated that it has considered the needs of each state before dividing up the funds by state. Each state has received at least $50 million in payments, as have Washington, D.C. and Puerto Rico. Furthermore, slightly under $500 million has been allotted to the Native American nations within the United States. Other U.S. territories – Guam, American Samoa, the U.S. Virgin Islands, and so on – will receive $30 million apiece.

To qualify for funding from the HAF, you must demonstrate you have experienced financial hardship during the pandemic. You must also have an income of at least less than 150 percent of your area’s median income, indicating a difficulty or inability in continuing to pay mortgage payments at your current salary. Finally, homeowners must also owe less than $550,000 on their mortgage.

The funding for homeowners may be criticized by some who believe that the priority should be on helping the poorest Americans, who often do not own homes. However, there is little doubt that the payments will do good; according to Fox News, more than three million U.S. households are behind on their mortgage payments.