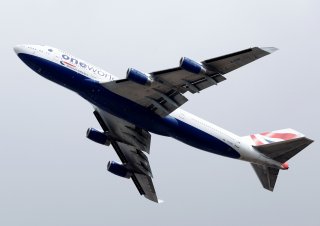 American Airlines alerted employees that it would furlough up to nineteen thousand workers on Oct. 1, as the coronavirus slams parts of the country and passengers remain hesitant to use airline travel.

The airline’s executives expected the “virus would be under control” by Sept. 30—the same day coronavirus stimulus benefits for the industry are set to expire. But, without support from the federal government, American expects to have about forty thousand fewer employees come Oct. 1, or a 30 percent decline in its overall workforce. The airline plans to cut flight attendants, pilots, technicians, gate agents and other staff members, as well as push employees on early retirement and buyout packages.

“The only problem with the legislation is that when it was enacted in March, it was assumed that by September 30, the virus would be under control and demand for air travel would have returned,” American’s CEO, Doug Parker, and president, Robert Isom, said in a letter sent to employees.

Under the CARES Act passed in March, passenger airlines received about $25 billion in federal aid to help pay employees and provide protective resources to passengers like face masks and hand sanitizer. Within the terms of the legislation, airlines could not lay off or furlough staff, or suspend service to certain cities until Oct. 1.

American is just one of the many airlines that have announced anticipated furloughs for its company, as Delta Air Lines said it might have to furlough nearly two thousand pilots come October and United Airlines warned it would furlough up to thirty-six hundred employees.

Consumer demand for air travel has also tanked, as domestic travel has decreased by 44 percent and international travel has diminished by 75 percent, according to Airlines for America.

An extension of the airline industry benefits passed in March could save thousands of workers, but collapsed coronavirus relief package talks between Republicans and Democrats have forced airline companies to take action and furlough its employees. Although negotiations have been stalled, a bipartisan majority in the House, Senate Republicans and President Donald Trump want this provision to be renewed, which has generated hope for airline executives and their employees.

“We must prepare for the possibility that our nation’s leadership will not be able to find a way to further support aviation professionals and the service we provide, especially to smaller communities,” the letter said.

American’s executives also pushed employees to pressure lawmakers to reach a deal on the next and possibly final package.

House Democrats passed an enormous $3.4 trillion coronavirus relief package in May that would extend some of the programs established in the CARES Act, but Senate Republicans have actively rejected the bill, forcing both sides of the aisle to be reluctant to compromise. Progress has yet to be made, which has hurt the unemployed and the country’s path to economic recovery. To speed up sending economic relief to jobless workers, Trump announced a slew of executive actions, but it’s been slow to unfold as Congress took summer recess, missing its self-imposed deadline to sign the next package.

Earlier in the summer, the path to economic recovery seemed attainable, but once hiring tanked in July and August and claims for unemployment benefits pushed over one million, the economy decelerated and families and businesses struggled even harder to stay afloat. Some economists credit the downturn to the expired federal help to Americans. Most of the provisions from the CARES Act—$600 weekly jobless claims, stimulus checks, the Paycheck Protection Program—have run out, reducing the amount of money being injected into the economy.

Treasury Secretary Steven Mnuchin is slated to testify before the House Select Subcommittee on the Coronavirus Crisis next week, at a hearing that “will examine the urgent need for additional economic relief for children, workers, and families and the Administration’s implementation of key stimulus programs passed by Congress earlier this year,” the subcommittee said in a statement.

The longer the coronavirus lasts, the more likely that changes in the employment landscape and availability will be permanent. Airline industries will adapt to less of a consumer demand, firing pilots and flight attendants. Live entertainment venues will shutter its doors. Small businesses will file for bankruptcy due to decreased in-store sales. Commercial real estate will crumble as companies transition to remote work.

Airlines continue to adapt to the demands of coronavirus-fused travel, by replacing air on planes and limiting travel capacity on each aircraft. The industry plans to pressure Congress to extend the federal aid granted to it in March, but a divided Capitol Hill will likely trigger more airline companies to implement involuntary furloughs.