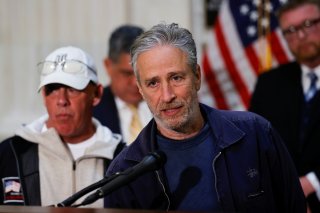 The Senate voted eighty-six to eleven on Tuesday night to pass a long-sought bipartisan bill to expand health care benefits for an estimated 3.5 million U.S. veterans exposed to toxic burn pits during wars in Afghanistan and Iraq.

President Joe Biden said he intends to quickly sign the bill into law, which he described as a “major reform” and an “important action” to meet the “sacred obligation” that the country has to its veterans.

The legislation’s passage marks an end of a lengthy and contentious battle to get the bill through Congress, as veterans and their advocates had been protesting on Capitol Hill for several days.

According to ABC News, Senate Majority Leader Chuck Schumer (D-NY) on the floor called the passage a “wonderful moment, especially for all the people who made this happen.”

“Every so often folks, America lives up to its ideals, and those are days that we savor,” he later continued during a press conference outside the Senate. “Today, finally, at long last, America lived up to its ideals by saying to our veterans who have been exposed to toxic chemicals from burn pits, ‘We have your back.’”

“I have a message to the VA: You better get it right, you better deliver,” he said. “These veterans have waited already too long. The three days here are emblematic of what we need to avoid going forward, and the VA for too long has been part of the problem, not the solution.”

Comedian Jon Stewart, the face of the legislation, noted “I’m not sure I’ve ever seen a situation where people who have already given so much had to fight so hard to get so little—and I hope we learned a lesson.”

Known as the Honoring Our PACT Act, the bill passed both the House and the Senate with bipartisan support last month, but due to a snag in the bill’s language, it needed to pass the House and Senate again. Last Wednesday, forty-one Senate Republicans blocked the legislation’s passage, including twenty-five who had backed it just a month ago.

According to a Politico report, Republicans admitted that they blocked the legislation primarily because of concerns raised by Sen. Pat Toomey (R-PA), who highlighted the term “budgetary gimmick”—language that he contended could allow certain funds to be used for programs that are not focused on veterans’ health care.

Open-air burn pits were common at U.S. military bases during the wars in Iraq and Afghanistan. Dangerous materials were regularly doused in jet fuel and set on fire, spewing toxic fumes into the air. Veteran groups say that many individuals have developed cancers, respiratory illnesses, and other severe health conditions as a result.