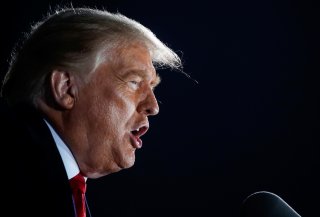 —for the Christians who are persecuted for practicing their religion

—for the untold numbers of Chinese in China and the Chinese students and scholars in the West who, along with their families, are being watched, harassed, and threatened for questioning Beijing’s policies or admiring those in the West

For those and other reasons, I will vote against Communist China and for the administration that is most likely to stand up to it. I hope my grandchildren will understand why in good conscience I will vote for Trump this time. If he wins, I hope he will keep the personnel and policies governing his administration’s approach to Asia, while striving over the next four years to live up to the personal and professional standards they and we expect in our president.

If Biden wins, I hope he will see the merit in Trump's Asia policy and retain many of the key personnel responsible for it. I will perform my civic duty as I did during both the Trump and Obama administrations, offering public praise or criticism where I believe warranted, and providing abundant gratuitous advice on how the new president should govern the country and run the world.

Joseph Bosco served as China Country Desk Officer in the office of the secretary of defense, a nonresident senior associate at the Center for Strategic and International Studies, and a nonresident fellow at the Atlantic Council of the United States. He is presently a member of the advisory board of the Global Taiwan Institute and a fellow of the Institute for Corean-American Studies (ICAS).