Want Another Stimulus Check? You May Be Waiting Forever 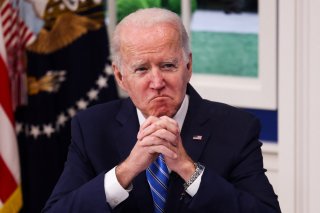 Many Americans spent 2021 hoping for another stimulus check. Three were passed during the early days of the pandemic, including one from the American Rescue Plan that was signed by President Joe Biden in March that arrived in 2021.

After that, however, despite some high-profile petitions and support from a few members of Congress, there was little appetite in Washington for a fourth round of checks. Even the payments for the expanded child tax credit, which was likened to a stimulus check by some, were sent out for the last time earlier this month, and are not currently scheduled to continue following the recent breakdown in negotiations over the "Build Back Better" spending package.

There is a chance those talks could pick up in the new year, although it’s no guarantee that even the child tax credit would be part of any final deal, and there’s little chance full stimulus checks would be included.

However, there is another payment coming early next year for some Americans—those eligible for “plus-up” payments.

According to MARCA, these payments are for people who are entitled to money from the previous stimulus package but did not receive it at the time. Those who want to be eligible for the payments should file their 2020 tax return by December 31, in order to receive the payment within two weeks.

The payments are being “sent to those who already received a third Economic Impact Payment based on a 2019 tax return or information received from the SSA, RRB or VA, and who were eligible for a Plus-Up Payment based on their 2020 tax return,” that site said.

“You may be eligible to claim a Recovery Rebate Credit on your 2020 or 2021 federal tax return if you didn't get an Economic Impact Payment or got less than the full amount,” the IRS says.

“It is important to understand that the Economic Impact Payments applied to different tax years. Depending on whether you missed the first, second or third payment, you will need to file either a 2020 or 2021 tax return to claim a Recovery Rebate Credit.”

Those who are still waiting for payment can check their status here.

Is there any chance of full stimulus payments entering the discussion again in 2022? That appears highly unlikely. With inflation rising throughout the year, it’s unlikely that Congress would take any action that puts huge sums of money in the hands of Americans. Further, the continually robust stock market makes it unlikely for a massive rescue package to be seen as necessary, the way successive administrations passed such packages in both 2020 and 2021.