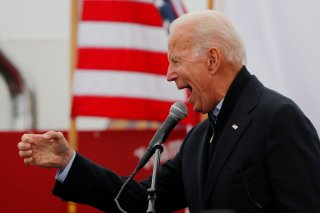 Progressive lawmakers lauded the passage of the coronavirus stimulus payments after a new report indicated that the checks significantly decreased hardship for families across the country.

The University of Michigan report used Census Bureau data to analyze the hardships that struck families during the pandemic, finding that food insufficiency fell more than 40 percent, financial instability dropped 45 percent and symptoms of depression declined by 20 percent after the passage of the $600 direct payments approved under the previous administration and the $1,400 checks signed off President Joe Biden.

The report’s results prompted remarks from some of the most progressive members of the Democratic Party, as several of them took to Twitter to tout the payments’ benefits.

“Putting money in people's pockets WORKS. We can and MUST continue to enact people-first policies that improve lives,” Rep. Pramila Jayapal (D-Wash.), chair of the Congressional Progressive Caucus, tweeted.

“This is how we address the poverty crisis + generational trauma,” Rep. Rashida Tlaib (D-Mich.), vice-chair of the Progressive Caucus, tweeted. Tlaib went on to boast support for the ABC Act, legislation that she unveiled this year, calling for $2,000 monthly stimulus payments until one year after the end of the pandemic.

The Michigan lawmaker added, “If anything, the survival checks proved what advocates have been saying and demanding.”

Several congressional Democrats have pushed the Biden administration to pass a fourth-round or recurring direct payments until the pandemic is over, citing that Americans are still struggling to put food on the table and for basic needs like rent.

In a letter signed by 21 Senate Democrats, the lawmakers urged Biden to approve recurring direct payments “tied to economic conditions” as part of his plan to Build Back Better.

“This crisis is far from over, and families deserve certainty that they can put food on the table and keep a roof over their heads. Families should not be at the mercy of constantly-shifting legislative timelines and ad hoc solutions,” the lawmakers wrote.

It’s unlikely, however, that a fourth stimulus payment would pass.

Jayapal and Tlaib weren’t the only progressives who tweeted about the results of the University of Michigan report. In fact, Rep. Ilhan Omar (D-Minn.) even renewed calls for universal basic income (UBI)—a legislative move that earned much momentum on the 2020 Democratic presidential campaign trail when then-candidate Andrew Yang surfaced the idea.

UBI would guarantee a certain amount of monthly income to all Americans. Yang’s proposal for UBI wasn’t linked to the economic impacts of the pandemic or a crisis. Instead, the now New York City mayoral candidate dubbed the push a “Freedom Dividend,” which would send every U.S. citizen older than the age of 18, a $1,000 monthly check, or $12,000 annually. The money would continue indefinitely.

It’s also unlikely that Congress, considering the razor-thin margins in the House and Senate, would pass a UBI measure.