Washington to Join California in Phasing Out Gasoline Cars 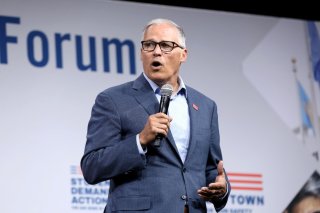 Following a 2020 executive order from California Gov. Gavin Newsom that would phase out gasoline-powered cars by 2035, the California Air Resources Board has now made it official. California has become the first government anywhere in the world to issue such a mandate.

“The climate crisis is solvable if we focus on the big, bold steps necessary to stem the tide of carbon pollution,” Newsom said in a statement to the New York Times.

Now, another state is ready to take similar steps.

“This is a critical milestone in our climate fight. Washington set in law a goal for all new car sales to be zero emissions by 2030 and we’re ready to adopt California’s regs by end of this year,” Gov. Jay Inslee (D-WA) tweeted in reaction to the California decision. “We look forward to partnering with California and the Biden Administration to quickly eliminate our country’s #1 source of GHG emissions.”

Inslee ran for president in 2020 in the Democratic primaries, emphasizing climate change more than any other candidate.

“A big part of the reason why those are here is because California was a leader and said, ‘OK, automakers. It's time to sell more and more electric cars in California,’ and nobody wants to miss out on a California market,” Joel Creswell, the Washington Department of Ecology Climate Policy section manager, told TV station KING.

It is believed that both new supply and innovation in the car industry will bring prices of electric cars down from current levels by the time the mandates come into place.

Public comment on the new rule will open on September 7.

Concerns were raised, per a subsequent KING 5 story, by car dealers in the state.

Brian Dansel, the executive director of Washington State's Independent Auto Dealers Association, expressed concern that the state won’t be able to maintain its system of roads, which are currently funded by fuel taxes.

"Just another assault on independent auto dealers. I mean every time we turn around it seems as if there's some new rule or law that's mandating what actions our guys take," Daniel told the outlet.

In Virginia, the governor has vowed to stop the idea of a similar mandate. The state's previous governor, Democrat Ralph Northam, had signed a measure tying the state’s emission standards to those of California. But Glenn Youngkin, Northam’s Republican successor, has signaled his intention to reverse that.

“In an effort to turn Virginia into California, liberal politicians who previously ran our government sold Virginia out by subjecting Virginia drivers to California vehicle laws," the governor said. “I am already at work to prevent this ridiculous edict from being forced on Virginians."