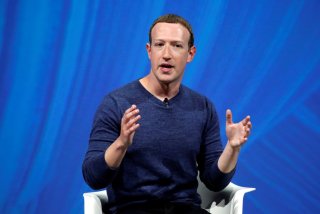 The Cambridge Analytica affair was a worldwide scandal, but it impacted the United States the most during the 2016 election. It was a complex scandal that involved Cambridge Analytica, a British consulting firm, using the data of millions of Facebook users without their consent.

It was exposed in 2018 by Christopher Wylie, a company employee-turned-whistleblower. The company shut down in 2018, while the CEO of the company then known as Facebook, Mark Zuckerberg, apologized for the company’s role in the scandal.

“We have a responsibility to protect your data, and if we can’t then we don’t deserve to serve you,” Zuckerberg wrote at the time, while also announcing changes to how the company handles data. “We also made mistakes, there’s more to do, and we need to step up and do it.”

More than four years after that apology, an American prosecutor sued Zuckerberg.

Karl Racine, the attorney general for Washington, D.C., announced Monday that his office had filed suit against Zuckerberg, who remains the CEO of the company now known as Meta.

In 2018, the same office filed suit against Facebook. However, this suit specifically targets Zuckerberg for “directly participating in decision-making that allowed the Cambridge Analytica data breach – the largest consumer privacy scandal in the nation’s history – while Facebook misled users with claims of privacy and data protection.” Zuckerberg is also accused of allowing Cambridge Analytica and other third parties to “obtain personal data from 87 million Americans, including over half of District residents, and use that data to manipulate the 2016 election.”

The action is a lawsuit and not a criminal prosecution. The suit, per the release, resulted from the office’s investigation related to the previous case, which included an analysis of “hundreds of thousands of pages of documents.” Racine’s office has also sued Amazon, Google, and several gig economy companies.

Per The Hill, a judge had excluded Zuckerberg from the suit against the company. The ruling led to the new, separate lawsuit. Racine had told CNBC earlier this month that he was considering suing Zuckerberg separately.

“Since filing our landmark lawsuit against Facebook, my office has fought tooth and nail against the company's characteristic efforts to resist producing documents and otherwise thwart our suit. We continue to persist and have followed the evidence right to Mr. Zuckerberg,” Racine said.

“The evidence shows Mr. Zuckerberg was personally involved in Facebook’s failure to protect the privacy and data of its users leading directly to the Cambridge Analytica incident.