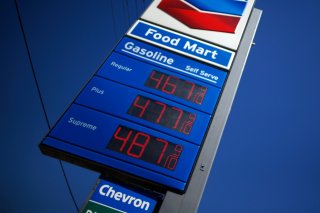 Much to the delight of millions of long-frustrated American motorists, gasoline prices have now declined for thirty straight days, settling at a national average of $4.57 per gallon on Friday, according to AAA data.

Just last month, pain at the pump was a major understatement for many drivers, as prices were hovering around $5 per gallon.

According to Yahoo Finance, much of the price decline can be attributed to tumbling oil prices. The news outlet reported that international oil prices dipped below $100 on Thursday to levels last seen before Russia invaded Ukraine in late February. West Texas Intermediate also trekked lower to about $93 after trading above $95 on Wednesday.

If crude oil prices continue their slide, Patrick De Haan, head of petroleum analysis at GasBuddy, noted on Twitter that gas stations across the country will likely lower prices by a penny or two every couple of days.

“Barring any unexpected refinery issues, hurricanes, and geopolitical changes, we could see the national average fall under $4 per gallon by mid-August,” he said in an email to NBC News, adding that more than half of all states are already selling gas under that amount.

De Haan also noted in a release that this is the “longest decline in average gas prices since the pandemic started in 2020 … with Americans shelling out $140 million less on gasoline every day than they did a month ago.”

He was optimistic that “we may see the trend last a fifth week, as long as oil prices remain cooperative and don’t surge beyond $105 per barrel, and as long as refinery production of gasoline remains strong.”

However, De Haan warned that “we’re not completely out of the woods yet—we could also see a sharp reversal in the decline. There remains the risk of a spike in prices that could send us to new record levels in August, should any disruptions occur. It could be a wild ride, but for now, the plummet at the pump shall continue.”

“As these supply/demand dynamics hold, drivers will likely continue to see price relief at the pump,” AAA wrote.