What Biden's First Foreign Policy Speech Means for the World 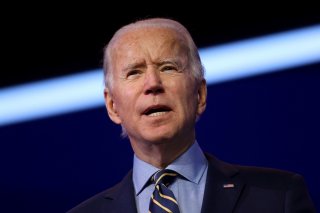 Delivering his first major foreign policy speech since taking office on January 20, US president Joe Biden has sent a strong signal to the rest of the world that they will see a very different America on his watch. In a wide-ranging address at the US State Department in Washington, Biden outlined his new foreign policy vision, declaring that – in what has become something of a catch-phrase – “America is back.”

As well as communicating an important message to other international leaders about what the US will do over the next four years, the statement was also a public repudiation of many of the policies of the previous occupant of the White House, Donald Trump. It was a speech designed to restore order and global faith in the US, things that Biden clearly feels were lost under his controversial predecessor.

US foreign policy will now focus more on multilateral diplomacy and working with other nations in a more positive way. But Biden stressed this should not be considered a soft approach, insisting that diplomacy would be the best way to get what the US wants:

Investing in our diplomacy isn’t something we do just because it’s the right thing to do for the world … We do it because it’s in our naked self-interest.

This is also about democracy. Biden has consistently trumpeted the importance of democratic values as a key aspect of America’s identity and ethos. In a meaningful reference to his predecessor’s refusal to accept defeat and to the recent riots at the Capitol, he said this “fight” to uphold democracy would underpin the US’s future role in the world.

Biden also stressed that his foreign policy values would be informed by what his administration considered beneficial to the US public:

There’s no longer a bright line between foreign and domestic policy. Every action we take in our conduct abroad, we must take with American working families in mind.

Domestically, however, some of the policies he announced in the speech might be difficult to implement. Biden wants a more sympathetic approach to immigration, a raised cap on the number of refugees (from 15,000 migrants per year to 125,000), and the promotion of LGBTQ rights. These policies are likely to upset right-wing Republicans, so Biden could face opposition at home.

Addressing US relations with Russia, Biden said he had “made it clear to President Putin, in a manner very different from my predecessor” that the US would no longer “roll over” in the face of Russian aggression. He singled out “interfering with our elections, cyberattacks, poisoning its citizens”. He also raised the plight of Russian opposition leader Alexei Navalny, demanding his release and condemning “Russian efforts to suppress freedom of expression and peaceful assembly” as “a matter of deep concern to us and the international community”.

But Biden also stressed his willingness to work with Putin on controlling nuclear weapons and noted that the two countries had already agreed to extend the New START treaty that seeks to reduce US and Russian nuclear stockpiles for five years. Again this is a major break with the Trump approach, exemplified by the former president’s decision to abandon the Intermediate-Range Nuclear Forces (INF) and Open Skies agreements.

He described China as “our most serious competitor” and vowed to “push back on China’s attack on human rights, intellectual property, and global governance”. But, at the same time, he indicated to Beijing that he was willing to collaborate when it was in “America’s best interests”.

The question of America’s attitude to Iran was noticeable by its absence, except in reference to Iran’s proxy conflicts with Saudi Arabia. This is another major break with the Trump administration’s hostile attitude towards Tehran. Biden also made it clear that the US would end all support and aid for warring parties in Yemen, one of the major conflict points between Saudi Arabia and Iran that is destabilising the region.

He said the new US secretary of state, Antony Blinken, had appointed a special envoy to Yemen tasked with working with the UN and all parties to the conflict to bring hostilities to an end.

One of the main takeaways from the speech is that Biden was setting out to show the world the gulf of difference between his administration and that of his predecessor. On one level, Biden is openly criticising and reversing pretty much everything Trump did in the foreign policy arena and, at the same time, attacking the ideology that underpinned it. This stance is reflected in the words that Biden used, such as “re-build” (America’s alliances) and “re-engage” (with the world).

It’s going to take time to rebuild what has been so badly damaged. But that’s precisely what we’re going to do.

At another level, Biden deliberately chose to reassure the international community that the era of American unpredictability was over. He sought to outline a clear vision of what the US will do next and how he hopes this will improve and stabilise international relations.

But while Biden clearly wants allies and enemies alike to know where they stand, his speech was silent on Europe, the UK, and Brexit – as well as any threat it may pose to the Good Friday Agreement, which we know is very close to his heart. What this means for the future of the “Special Relationship” is anyone’s guess.