What Do the Build Back Better Negotiations Mean for the Child Tax Credit? 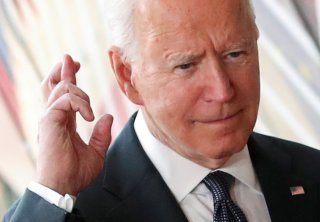 Last week, the House of Representatives passed the part of President Joe Biden’s legislative agenda known as the Bipartisan Infrastructure Framework (BIF), which had already passed the Senate and will now head to the president’s desk.

That leaves uncertain the fate of the other big bill: the Build Back Better proposal. Some progressives in the House had demanded that the two bills pass together. Instead, they only got a promise from some moderates in the House to move the bill forward.

The Build Back Better bill will likely include a provision to extend the expanded child tax credit, most likely for another year, although negotiations are ongoing.

This week, The Washington Post looked at the state of the negotiations, and the potential impact of a continuing child tax credit.

“Policymakers rely on economists to model the potential effects. But right now, there’s a fierce battle within the economics world over Biden’s expanded child tax credit. At stake: whether the president’s proposal would reduce poverty as much as advocates say it would,” according to The Washington Post.

Some economists have been arguing, even before the start of the pandemic, that a child allowance would reduce poverty by a significant amount, while also having little effect on unemployment, The Washington Post noted. However, another group of economists, led by Bruce D. Meyer at the University of Chicago, has been arguing that over a million people would drop out of the workforce due to the child tax credit—and they have also disputed the findings of the National Academies of Sciences, Engineering and Medicine from 2019.

“Given the existing law, and the policy we were expanding, it was the assessment of our committee that the ‘income effects’ of the policy change would be more important and the substitution effect would be muted,” Why? Because going from $1,000 to $3,000 is a large increase in income,” Hilary Hoynes of the University of California at Berkeley told The Washington Post.

“The assumptions make all the difference in whether one concludes that the expanded child tax credit would be a disincentive to work. All agree there would be some disincentive, but whether it is a meaningful figure is in dispute,” according to The Washington Post. “Depending on the elasticity selected and the types of workers it is applied to (single mothers, parents, etc.), one can get a range from 200,000 to 2.5 million.”

Meanwhile, the Jain Family Institute released a study this week showing that the extension of the child tax credit, and the passage of the refundability provision, would make a big impact on reducing child poverty.

“We find that the full ARPA expansion reduces child poverty by 40 percent, introducing full refundability alone reduces it by 19 percent, and introducing the dollar amount expansion alone reduces it by only 7 percent,” according to the study. “Money received by those in deep poverty may not be sufficient to alter their poverty status so only considering the poverty rate undersells the value of full refundability.”

“Implementing a CTC reform that solely made the benefit fully refundable would have instead reduced child poverty by about 19 percent, about half the impact of the full expansion,” the institute noted in the study. “By contrast, implementing a CTC expansion that retained the [Tax Cut and Jobs Act] limited refundability formula would instead have cut child poverty by just 7 percent—less than a quarter of the impact of the unadulterated expansion.”

The study also looked at the big picture of the idea of CTC extension.

“The ARPA CTC expansion represents a sea change in the US safety net,” according to the institute’s assessment of the study. “While solidifying the full expansion would do most for reducing child poverty, we recognize that the passage of the Build Back Better plan through reconciliation may necessitate painful compromises. As lawmakers consider what they should cut to ensure other needs are met and guarantee passage, we believe it is vital that they consider the above findings on the impacts of unconditionality.”