What to Do When Federal Unemployment Checks Run Out: Look to States 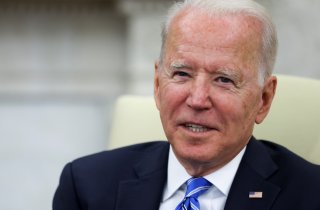 In less than two weeks, the enhanced federal unemployment benefits are slated to come to a screeching halt.

That means come Labor Day, according to a study conducted by the People’s Policy Project, citing data from the U.S. Census Bureau’s Household Pulse Survey, approximately ten million more Americans on unemployment will lose those extra $300 in weekly benefits. The Century Foundation is supporting such projections as it has claimed that 7.5 million will lose all their jobless benefits in September.

But the U.S. Department of Labor has opened up the possibility of unemployed Americans still being able to receive some form of government-issued payments. It recently noted that states could, in fact, disburse periodic or one-time direct cash payments to those who are still searching for work.

On the heels of this statement, there are already several states that are tapping into federal relief funds from President Joe Biden’s American Rescue Plan to hand out their own “stimulus” checks to their respective residents.

For example, in California, Gov. Gavin Newsom signed the 2021 California Comeback Plan last month that included $8.1 billion for stimulus payments. Taxpayers earning between $30,000 and $75,000 annually will receive a $600 check. In all, roughly two-thirds of the state’s total population can expect to receive some form of cash payment.

And in Florida, lawmakers are using federal funds from Biden’s stimulus bill to deliver $1,000 stimulus checks to teachers and educators in the state. In addition, Georgia, Michigan, and Tennessee are giving out similar cash payments to those working in schools.

Furthermore, do take note that the Internal Revenue Service is still working on distributing the remaining refunds from 2020 unemployment benefits. It was only a few weeks ago when the agency was able to disburse a sizeable batch of 1.5 million refunds averaging nearly $1,700—and more cash payments are expected to head out. Since May, the agency has issued about nine million unemployment refunds with a value of more than $10 billion.

What a recent study authored by economists and researchers at Columbia University, Harvard University, the University of Massachusetts-Amherst, and the University of Toronto is showing is that the twenty-six states that decided to withdraw early from the enhanced unemployment benefits did, in fact, see slightly higher job growth—but it was also responsible for a massive $2 billion cut in overall household spending.

According to the study’s data, the states that ended the benefits early witnessed employment rise 4.4 percentage points compared to the states that continued with the benefits. But that translated to only one in eight unemployed individuals in the “cutoff states” who eventually found employment. These same states also saw a 20 percent cut in weekly spending from their residents—which amounted to about $145 each week.

Ethen Kim Lieser is a Washington state-based Science and Tech Editor who has held posts at Google, The Korea Herald, Lincoln Journal Star, AsianWeek, and Arirang TV. Follow or contact him on LinkedIn