What Does the Build Back Better Delay Mean for the Child Tax Credit? 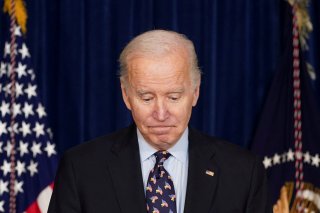 Today is December 15, which means it’s the day families will receive their final payment from the expanded child tax credit that the American Rescue Plan Act put in place earlier this year. The law mandated direct payments to families with children each month from July to December, although these payments would only be in effect this year.

President Joe Biden wants to continue the child tax credit payments, which studies have shown made a big difference in addressing child poverty. The Biden administration originally proposed extending the payments through 2025, but, through negotiations, that proposal was reduced to just one additional year. The $1.75 billion Build Back Better legislative package that passed the House last month included this proposal.

Now, there are indications that the Senate’s version of the bill is unlikely to pass before the end of the year, putting the idea of uninterrupted child tax credit payments in doubt.

According to Axios, the president and Sen. Joe Manchin (D-WV) are “deadlocked” over the bill, with the two men disagreeing over how long the main programs in the bill are funded. Manchin’s vote is almost certainly necessary for the bill to pass, and he has expressed skepticism over various provisions in the legislation.

Because of that, Axios said, it’s likely that there will be no vote on Build Back Better before the end of the year.

At issue is that Biden and Manchin disagree about how the funding for different programs in the bill will work. Some programs will be funded for one year and others for ten years.

"The president and Sen. Manchin deal with each other in good faith, and their calls have been constructive and friendly,” a White House official told the news outlet.

Sen. Charles Schumer (D-NY), the Senate majority leader, per Punchbowl News, is still hoping for a vote on the package by the end of the year, although some senators are skeptical this will happen, the same report said. Even if a bill passes the Senate, that version would still need to pass the House before the president could sign it.

“Look, the bottom line is right now there are good discussions going on. As I said we’re moving forward and making progress. The president’s been speaking with Sen. Manchin and I look forward to hearing about further progress,” Schumer said in that story.

AL.com reported this week that it’s unlikely child tax credit payments will go out in January unless the bill passes Congress quickly.