What Next? Prosecution Rests in Kyle Rittenhouse Trial 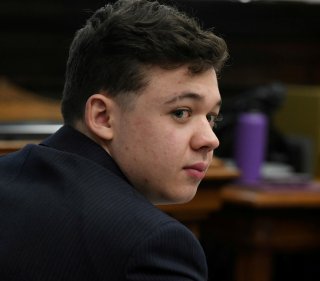 Prosecutors in the ongoing murder trial of Kyle Rittenhouse rested their case on Tuesday afternoon, following the viewing of a new video taken by an FBI drone displaying the events in Kenosha, Wisconsin on August 25, 2020. The murders took place in the midst of protests over the police shooting of Jacob Blake two days prior.

On that night, Rittenhouse, then seventeen years old, shot and killed protesters Joseph Rosenbaum and Anthony Huber and seriously injured Gaige Grosskreutz. Now eighteen, he has been charged with two counts of first-degree intentional homicide for the deaths of Rosenbaum and Huber and attempted first-degree intentional homicide for Grosskreutz’s injury, as well as recklessly endangering the safety of two other men and unlawful possession of a firearm by a person under eighteen, a misdemeanor charge.

After six days of presenting evidence, the prosecution contended that Rittenhouse had actively put himself in danger and had not sought to de-escalate conflict before shooting the three men, failing to meet Wisconsin’s criteria for the justified use of self-defense. Assistant District Attorney Thomas Binger undermined Rittenhouse’s justification for traveling to Kenosha on August 25, arguing that while he claimed to be acting as a medic, he did not administer any first aid and, in spite of looting and violence in Kenosha during the late August protests, was the only person who shot anyone.

However, Rittenhouse’s defense lawyers appeared to score a victory in the cross-examination of Grosskreutz, who survived his injury and testified against Rittenhouse, after he admitted on Monday that Rittenhouse had not shot him until he had moved forward and pointed his gun toward him. Conservative media outlets celebrated this admission; Fox News argued that Rittenhouse’s defense lawyers had “hit it out of the ballpark,” while the Washington Examiner criticized mainstream outlets for presenting what it viewed as a one-sided summary of the trial.

After the prosecution rested, the defense called its first witness, Nick Smith, an employee at a local business who testified that Rittenhouse had been called in by its owner to protect it from potential looters.

It remains unknown if Rittenhouse intends to testify or not, an issue that would unquestionably be a major factor in the trial’s outcome. While some legal analysts have recommended that Rittenhouse testify in order to defend his version of events, doing so would open him up to cross-examination, allowing prosecutors to directly question him about his actions.