What Will the Bump in Payouts Look Like for Average Social Security Benefits? 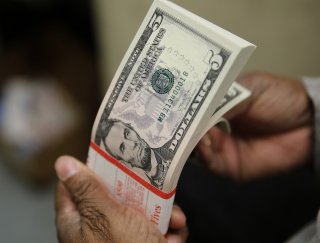 It doesn’t usually take long for many soon-to-be retirees to wonder whether Social Security benefit payments will be able to cover their current lifestyle for decades to come.

There is, however, likely some much-needed help on the way. For the past several months, data have signaled that the consumer price index—the primary indicator of inflation in the United States—has been steadily pointing north. Within the past week, the inflation measure that the Federal Reserve relies on to set future policy climbed 3.6 percent in July compared to last year—which matched the highest level seen in about thirty years.

With this in mind, the Social Security program’s cost of living adjustment (COLA) for next year is expected to receive a massive boost to the tune of 6.2 percent, according to the nonpartisan senior group the Senior Citizens League. If that occurs, it will represent the largest raise witnessed in nearly four decades.

But will that be enough to make retirement comfortable for the sixty-five million beneficiaries of the Social Security program? To get some insight, let’s take a look at what the extra monthly payout could potentially amount to.

If the aforementioned 6.2 percent COLA was to be eventually approved, the average retired American would likely see his or her monthly benefit climb a little less than $100, which comes out to nearly $1,200 over a full year. For the average disabled worker, they could potentially collect about $80 more each month, while the average survivor could see a monthly bump of $78.

As one can see, the real bump in monthly payments really doesn’t amount to much—especially with how inflation is continuing to pose problems. Keep in mind that years ago, Social Security benefits were largely designed to supplement company pensions and retirement savings—but today, it appears that more Americans are anticipating that their Social Security benefit payments will be enough to live on.

“We’re not seeing any improvement in the share of people who have incomes above the Elder Index (a measure of the cost of living for older U.S. adults),” Jan E. Mutchler, professor of gerontology and director of the Center for Social and Demographic Research on Aging at the University of Massachusetts Boston, noted in an interview on CNBC.

“We’re seeing sustained high levels of people who do not appear to have the resources they really need to get by in retirement,” she continued.