What Will Joe Biden Do About Spiking Inflation? 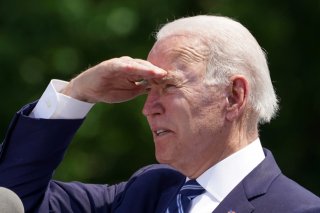 Prices climbed 3.6 percent in April from the prior year, a jump that is likely to be at the center of economic talks at the White House as inflation continues to rise.

The Bureau of Economic Analysis released data on Friday revealing that prices increased 0.6 percent in the past month. Consumer spending, however, skidded 0.1 percent in April compared to March, just as stimulus money began to dry up.

But the recent data is unlikely to sound the alarm at the Federal Reserve, as Fed leaders have noted that a rise in inflation will be temporary, with prices leveling out as the economic impacts of the coronavirus pandemic subsides. The Fed has pushed lawmakers to stay patient in the meantime, giving the labor market time to fully recuperate after the period of economic uncertainty.

“My judgment right now is that the recent inflation that we have seen will be temporary. It's not something that's endemic,” Treasury Secretary Janet Yellen, a former Fed chair, said at a hearing Thursday.

“I expect it to last, however, for several more months, and to see high annual rates of inflation through the end of this year.”

Some experts, however, argued that while some of the price increases might be temporary, others could be more permanent.

“Rise in prices of some of the underlying components like travel services, used motor vehicles, etc. could be transitory and reflective of pent-up demand, but there are others such as medical care services where the rebound might be more structural and worth keeping an eye on,” Anu Gaggar, a senior global investment analyst for Commonwealth Financial Network, told the New York Post.

After-tax income also dropped 15.1 percent in April from the record level it reached in March when the $1,400 stimulus payments first hit the pockets of millions of Americans. In March, after-tax income spiked 22.7 percent from a month earlier.

But other factors, like the widespread labor shortage and delay in receiving needed materials and supplies, may also be forcing businesses to drive up prices.