What You Don’t Know about Social Security 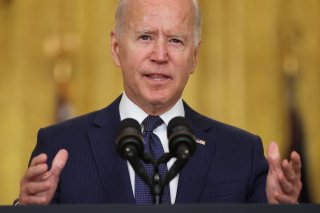 Social Security’s main fund, will be depleted a year sooner than originally planned if nothing is done to preserve it, according to a long-delayed government report that was issued Tuesday.

“The OASI Trust Fund is projected to become depleted in 2033, one year sooner than last year’s estimate, with 76 percent of benefits payable at that time,” the Social Security Administration said Tuesday.

“The Trustees’ projections in this year’s report include the best estimates of the effects of the COVID-19 pandemic on the Social Security program,” Kilolo Kijakazi, the acting commissioner of Social Security, said in a press statement accompanying the report.

“The pandemic and its economic impact have had an effect on Social Security’s Trust Funds, and the future course of the pandemic is still uncertain,” Kijakazi said. “Yet, Social Security will continue to play a critical role in the lives of 65 million beneficiaries and 176 million workers and their families during 2021.”

This does not mean that Social Security will cease to exist that year, and it’s likely that Congress will take some action before then to shore up the popular program.

In the meantime, a contributor to Forbes this week looked at the Social Security program, and let current and future beneficiaries know that there’s a lot they might not know about how it works.

“Did you know Social Security is more than a retirement program? It offers disability and spousal benefits and there are lots of rule governing who gets benefits and how much,” John F. Wasik wrote in an op-ed that was published by Forbes. "Surprisingly, few Americans understand the basic details of how the nation’s most essential—and successful—social insurance program works.”

Wasik cited a recent Nationwide survey finding that many Americans do not know basic facts about Social Security.

"Just over half of those who are not already receiving Social Security (51%) do not have a clear understanding of how much they will receive in future income,” Wasik noted, citing the survey results.

Wasik went on to recommend that those soon to collect Social Security should visit the program’s Retirement Estimator tool, to get an idea of what they can expect in terms of benefits.

“The Retirement Estimator calculates a benefit amount for you based on your actual Social Security earnings record. Please keep in mind that these are just estimates,” according to the estimator website. “We can’t give you your actual benefit amount until you apply for benefits.”