When Will It End? U.S. Housing Shortage Spreads From Coast to Coast 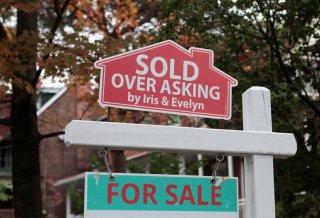 As higher interest rates continue to throw cold water on what’s been a red-hot U.S. housing market over the past two years, there now appears to be an even deeper issue that’s gaining more attention: a national housing shortage.

According to the New York Times, a new report released by Up For Growth, a Washington-based policy and research group which is focused on the housing shortage, has revealed that the United States fell short of meeting its housing needs across the country by more than three million homes in 2019. This was up from 1.6 million in 2012, therefore this shortage is no longer only affecting major coastal cities.

“San Francisco, Los Angeles, New York and Washington have long failed to build enough housing to keep up with everyone trying to live there. And for nearly as long, other parts of the country have mostly been able to shrug off the housing shortage as a condition particular to big coastal cities,” the Times wrote.

“But in the years leading up to the pandemic, that condition advanced around the country: Now Springfield, Missouri, didn’t have enough housing. And then Appleton, Wisconsin. And Naples, Florida,” it continued.

According to Freddie Mac, the nation is estimated to be short 3.8 million housing units to keep up with household formation. Up For Growth’s report noted that during the seven-year period from 2012 to 2019, forty-seven states and the District of Columbia witnessed an increase in underproduction. Sam Khater, the chief economist at Freddie Mac, told the paper that “it’s like the cancer was limited to certain parts of our economic body. And now it’s spreading.”

The report also warned that “when working individuals and families pay a higher percentage of their income for housing, they are more vulnerable to housing instability or houselessness.”

It continued: “For many people, limited housing affordability means traveling further to access jobs, education, and services. The additional time spent traveling means not only a decreased quality of life for residents, but also increased stress on our environment in the form of air pollution and congestion on highways, roads, and streets.”

“The homebuilding industry lost about 1.5 million workers during the Great Recession and has been in a labor shortage since. Land has grown more expensive. Lending tightened for builders, just as it did for homebuyers after the bubble. The cost of lumber and other materials has risen,” it wrote.

“And the sheer difficulty of building a home in many communities makes it all worse. Local residents often oppose new housing. Local governments require development fees, studies, and public meetings that drag out construction and drive up its cost,” it concluded.