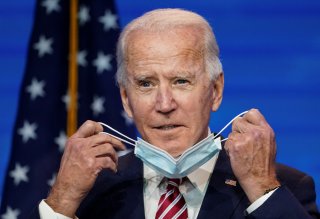 As reported by Fox News, the seventy-nine-year-old Biden, who was diagnosed with Covid-19 last Thursday, completed his third full day of Paxlovid, an antiviral drug that helps reduce the likelihood of severe illness. Paxlovid is considered to be more effective than monoclonal antibodies, most of which don’t work well against the Omicron variant of the virus and its subvariants.

“His predominant symptom now is sore throat. This is most likely a result of lymphoid activation as his body clears the virus, and is thus encouraging. His rhinorrhea, cough and body aches have diminished considerably,” O’Connor said.

“As I’ve stated previously, the BA.5 variant is particularly transmissible and he will continue to isolate in accordance with Centers for Disease Control and Prevention recommendations. We will continue to monitor him closely, during this very common outpatient treatment regimen,” he continued.

Meanwhile, CBS News has reported that Dr. Anthony Fauci, chief medical adviser to Biden, said that the president is “doing really quite well.”

“He's putting in a full day of work virtually and as each day goes by, he's doing fine. So as we've said before, given the fact that he's been vaccinated, doubly boosted, and is receiving Paxlovid—a drug which clearly goes a long way to prevent the progression of disease—we fully expect that he's going to be doing very well,” he continued.

The president’s positive Covid case comes as the BA.5 subvariant now accounts for roughly 80 percent of current Covid cases, according to data released by the U.S. Centers for Disease Control and Prevention (CDC). BA.5 only represented about 29 percent of cases just last month. The subvariant has been shown to be particularly adept at evading the immune protection afforded by vaccination or prior infection.

CDC data also indicates that about 126,000 new positive cases are being reported daily across the country. However, Fauci noted that the average count of positive cases “is likely a rather significant undercount.”

“It's probably several-fold more than that because many people get infected, have mild to moderate symptoms and don't report it,” he said.

Fauci also admitted that the world is “not going to eliminate or eradicate this virus.”

“We're going to have to live with it because it's the virus that has such a degree of transmissibility that it's not going to just disappear,” he added.