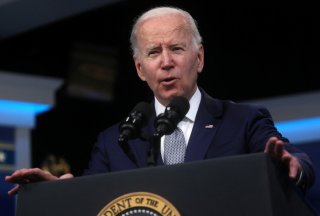 In an effort to ensure that more low-income families that don’t file taxes can get their hands on the enhanced child tax credit (CTC), the Biden administration is once again directing them to an online portal where they can submit the necessary information to claim the payments.

The free mobile-friendly tool, first introduced last fall and available at ChildTaxCredit.gov or GetCTC.org, was jointly rolled out by the U.S. Treasury Department, the White House, and tCode for America, a nonprofit tech organization. The portal has been used by more than 115,000 families to claim approximately $440 million in tax benefits.

According to CNN, it was, however, inactivated for this year’s tax season to encourage taxpayers to file their full returns, which would allow them to claim other tax credits as well.

“Many people miss out on tax benefits simply because they don’t file a tax return,” IRS Wage & Investment commissioner Ken Corbin, who also serves as the agency’s chief taxpayer experience officer, said in a statement.

When President Joe Biden enacted the $1.9 trillion American Rescue Plan Act in March 2021, the legislation provided eligible parents as much as $3,600 for a child under the age of six and up to $3,000 for children between ages six and seventeen. Broken down, this amounted to a $250 or a $300 payment for each child that was issued to parents each month from July to December last year.

Furthermore, these eligible households were entitled to the second half of the tax credit money if they filed a federal tax return this year.

Meanwhile, as reported by NBC News, food insufficiency among U.S. families with children has been found to have surged 12 percent in February after the enhanced credits ended the month before, according to new data released by Children’s HealthWatch, a nonpartisan group of health care workers and researchers.

“The fact that we saw a significant reduction in food insecurity really speaks to the fact that people were using this to afford basic needs,” Allison Bovell-Ammon, the director of policy strategy at Children’s HealthWatch, told the news outlet.

“Among the immigrant community, in particular, there’s a lot of fear around accessing government programs across the board,” Bovell-Ammon said.

“There’s also a huge information gap, information potentially not being available in multiple languages and in communities, by trusted community members where people live,” she added.