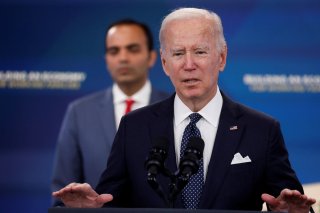 The Consumer Financial Protection Bureau (CFPB) on Wednesday confirmed that it is ramping up efforts to clamp down on the so-called “junk fees” that some banks charge consumers, Axios reported.

According to the White House’s fact sheet, junk fees are “designed either to confuse or deceive consumers or to take advantage of lock-in or other forms of situational market power.”

The regulatory watchdog’s guidance identified in a release two types of fees charged by banks to consumers that are “likely unfair and unlawful under existing law.” The first is surprise overdraft fees, while the second is related to a check that ends up bouncing, despite the overdraft being due to the check writer’s insufficient funds.

“Charging a fee to the depositor penalizes the person who could not anticipate the check would bounce, while doing nothing to deter the originator from writing bad checks,” according to the release.

Such fees can run anywhere from $10 to $36 per instance, the watchdog noted.

“Americans are willing to pay for legitimate services at a competitive price, but are frustrated when they are hit with junk fees for unexpected or unwanted services that have no value to them,” CFPB Director Rohit Chopra said in a statement.

“We are providing guidance on existing law that will help law-abiding businesses seeking to fairly compete and the families they serve,” he added.

“My administration is also making it clear surprise overdraft fees are illegal,” he continued during a press briefing on Wednesday, adding that other agencies, including the Federal Trade Commission and the Department of Transportation, were looking at “unfair and deceptive fees across all industries.”

“The CFPB has clear authority to define prohibited fee practices through notice-and-comment rulemaking, but instead continues to rely on invective-filled guidance, which is legally non-binding,” Greg Baer, the head of the Bank Policy Institute, said in a statement.

Meanwhile, Rob Nichols of the American Bankers Association noted in a statement that “rather than propose changes and give the industry and other stakeholders a chance to offer constructive input as is the norm, the [CFPB] once again has chosen to regulate via press release.”