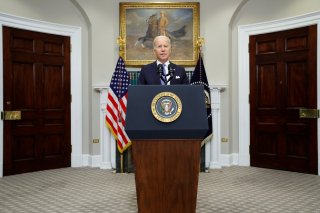 The policy change focus appears to be on those who initially took out both Perkins and Federal Family Education Loans (FFEL), which were issued and managed by private banks but guaranteed by the federal government. More than four million borrowers have these commercially held loans, and roughly 770,000 people will be affected by the change, according to an administration official.

“Our goal is to provide relief to as many eligible borrowers as quickly and easily as possible, and this will allow us to achieve that goal while we continue to explore additional legally-available options to provide relief to borrowers with privately owned FFEL loans and Perkins loans, including whether FFEL borrowers could receive one-time debt relief without needing to consolidate,” the Department of Education said in a statement.

“Borrowers with privately held federal student loans who applied to consolidate their loans into Direct Loans before September 29, 2022 will obtain one-time debt relief. The FFEL program is now defunct and only a small percentage of borrowers have FFEL loans. This is a completely different program than Direct Loans,” it continued.

Upon hearing about the policy change, Rep. Ro Khanna (D-CA) contended that the Biden administration should stay on course with how it originally wrote the executive order.

“I have to look more into the details, but I think we should stick with what the president committed to initially,” he told Politico. “But I certainly don't think we should be going backwards in any way. That would be a big mistake to take away hope from young people who are counting on this forgiveness.”

Meanwhile, per CNN, a lawsuit was filed against the forgiveness plan in a federal court in Missouri by state attorneys general from Missouri, Arkansas, Kansas, Nebraska, and South Carolina, as well as legal representatives from Iowa. The plaintiffs argued that the debt cancellations would harm student loan servicers.

“In addition to being economically unwise and inherently unfair, the Biden Administration’s Mass Debt Cancellation is another example in a long line of unlawful regulatory actions,” Nebraska Attorney General Doug Peterson’s office said in a release.

“No statute permits President Biden to unilaterally relieve millions of individuals from their obligation to pay loans they voluntarily assumed,” it added.