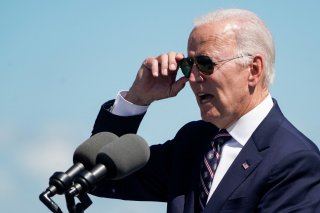 The Biden administration and Senate Democrats are making one last push to green-light the enhanced child tax credit this year, according to a new Axios report.

And in order to bring back the popular credits, there is talk of increasing support for former President Donald Trump's expired research and development tax credits in return for Republican votes. Any compromise package would likely require sixty votes in the evenly split Senate, meaning that at least ten Republicans would need to support it.

“Some Democrats see a year-end legislative horse-trade as their last chance to enshrine some version of President Biden’s enhanced child tax credit into law before Republicans take one—or both—chambers of Congress,” the news outlet wrote.

With the tax credit ultimately not making it into the Inflation Reduction Act, Axios reported that White House officials have been in quiet conversations with Democratic senators, including Sen. Michael Bennet (D-CO), who is seen as one of the main champions of the credits.

“It is a priority for the White House and it's absolutely a priority for me. We should have never allowed it to sunset, and I think we can find a way at the end of the year,” Bennet said.

“I would be very reluctant for us to extend things like the R&D tax credit for business enterprises, without extending this important tax cut for working families. And I hope we can come to an agreement on that,” he continued.

Meanwhile, Sen. Mitt Romney (R-UT) told Axios that he’s “got a proposal that has a good deal of support on our side of the aisle.”

“I have not really socialized it yet on the other side of the aisle. I've had conversations with the White House. They say they have interest and we'd like to chat about it,” he added.

In the latter six months of last year, the American Rescue Plan-approved program provided eligible parents with a $250 or a $300 payment for each child that was sent out each month. Without an extension to the credits, the maximum child tax credit has fallen by $1,000 per school-aged child and $1,600 per child under six. Moreover, millions of the nation’s lowest-income families have become ineligible for the credits once again.

Amid the lack of enhanced federal benefits that have helped keep millions of children out of poverty, analysts at the Center on Budget and Policy Priorities (CBPP) have urged state governments to create their own version of the child tax credits.

“Child tax credits are an important way that policymakers can help families make ends meet, help children thrive now and in the future, and help families and communities recover from the pandemic,” the analysts wrote.

“The federal credit should be expanded, and states should also create and improve their own CTCs (among other tax credits that help households with low incomes). … Federal and state child tax credits are an effective way to target tax reductions to people and communities that could most use the help,” they continued.