Why A China 2022 Olympics Boycott Could Save Countless Uyghur Lives 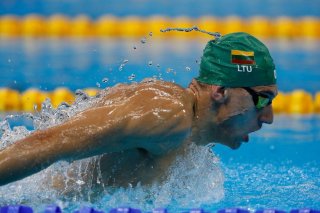 The Dutch parliament passed a motion last Thursday condemning China’s treatment of Uyghurs as “genocide,” two days after the Canadian parliament did the same. These moves validate the United States’ decision last month to label China’s Uyghur atrocity a “genocide,” a designation issued by the former Secretary of State Mike Pompeo and endorsed by the current Secretary of State Antony Blinken. While the full scale of the horrors remains unknown, there is no question that Beijing is running a twenty-first-century gulag archipelago where over a million Uyghurs and other Muslims have been subjected to torture, forced sterilization, systematic rape and other crimes against humanity.

The only question that remains is: what will the United States do? The hegemon of the liberal world order cannot accuse a regime of genocide and do nothing about it. In addition to the liberal obligation to prevent crimes against humanity, America has a moral obligation to the Uyghurs in particular. While a Xinjiang cleansed of Uyghur Muslims and populated by Chinese settlers has long been a centerpiece of China’s colonial vision, it was America’s “war on terror” that emboldened Beijing to criminalize the entire Uyghur population under the banner of countering Islamic radicalism.

Predictably, the normal tools of diplomacy have failed to move Beijing, a regime that is deaf to the language of persuasion. Where persuasion reaches its limits, coercion remains the only path. One of the most commonly used coercive tools of humanitarian intervention short of war is economic sanctions, which the United States and its allies are quick to impose on tinpot dictators and petty tyrants. But Xi Jinping is not a tinpot dictator. Nor is China, the second largest economy in the world, an easy target for sanctions.

Fortunately, however, economic sanctions do not exhaust the means of coercion. In spite of the pessimistic discourse surrounding the West’s declining leverage over China, the United States has at its disposal a potent instrument of coercion that can halt the Uyghur atrocity: the threat of an international Olympic boycott.

A credible threat from Washington and its allies to boycott the upcoming 2022 Winter Olympics can compel Beijing to reevaluate its treatment of Uyghurs. A coalition of 180 human rights organizations is already demanding a boycott of the games, a call that has gained traction among senior politicians in the United Kingdom, Canada, Australia, and the Netherlands. If Chinese leaders fear that the international political costs of the Uyghur camps stand to outweigh its perceived domestic security gains, it will fundamentally alter their calculus of repression.

The Olympics are not only a source of international prestige but a tool of domestic legitimation, a fact appreciated by authoritarian regimes more than democratic ones. Unlike electoral democracies, authoritarian regimes lack a mechanism to renew their mandate every few years. This is why they use the spectacle of mega events to awe the populace into submission and create a facade of legitimacy. The autocrat’s old trick is to stage grand carnivals to keep the masses distracted so that their consent becomes irrelevant to his governance. The Chinese autocrats, who are hosting a Winter Olympics when the dust has barely settled on the 2008 Summer Olympics, clearly see the political value of the games.

Underneath the benefits they confer, however, the games carry hidden risks for their authoritarian hosts. If the Olympics are marked by controversy, the high stage of international glory can turn into an occasion for national embarrassment and a catalyst for domestic unrest. These risks and uncertainties create a period of profound vulnerability for Beijing.

In fact, Beijing is never more vulnerable, and thus more amenable to pressure, than in the period before the Olympics. In the years leading up to the 2008 Olympics, Beijing was deeply worried about the global appeal and mobilizing powers of the Tibet issue. If the Dalai Lama was to call for a boycott of the games, it could deny China its moment of glory. So Beijing devised a strategy to preempt such a possibility. In 2002, it held out to the Dalai Lama a rare offer of dialogue. The Tibetan leadership earnestly participated in what it hoped would evolve into genuine negotiations. For Beijing, though, the dialogue was a tactical maneuver to forestall a sporting boycott. When the Tibetan uprising of March 2008 plunged the Olympics into controversy, the Dalai Lama supported the games—just as Beijing had hoped he would—because he did not want to derail the dialogue. Considering that Beijing developed the elaborate gimmick of a six-year-long Sino-Tibetan dialogue to stave off the specter of a boycott, it might very well close the Uyghur camps under the real threat of a boycott.

Therefore, before this window of opportunity closes, the United States should issue an ultimatum to China: close the camps or lose the games. To make this threat credible, multilateral coordination is crucial. The United States should coordinate with its allies and mobilize like-minded nations in advance, privately assuring potential recruits that the list of boycott signatories will be publicized only after a threshold has been crossed. The safety in numbers thus generated will deny China the ability to single out smaller nations for retaliation.

Some have questioned the effectiveness of sporting boycotts as instruments of coercion, highlighting how the U.S. boycott of the 1980 Moscow Olympics failed to end the Soviet invasion of Afghanistan. But the two situations are hardly comparable. For one, the 1980 boycott was poorly coordinated—President Carter did not consult, much less mobilize, Western allies before announcing the U.S. decision. Secondly, in the Cold War world of 1980, there was no area of interest where the two superpowers shared common ground. In terms of security, ideology or the economy, the United States and the Soviet Union were locked in a zero-sum struggle. Neither had much leverage over the other.

This is not the case with China, whose interests converge with that of the United States in trade, the fight against climate change, and the preservation of the liberal order, of which China has been a major beneficiary. Moscow could afford to ignore America’s bumbling boycott without risking its global reputation and domestic legitimacy. But Beijing, whose interests are intertwined with those of the West, does not have the same luxury. Therefore, a well-coordinated international boycott of Beijing 2022 would have a far higher chance of success than the boycott of Moscow 1980 ever did.

Just as China’s spectacular rise tends to obscure the regime’s deep vulnerabilities, so too the sensationalist discourse on American decline that is in vogue today can obscure America’s vast reserves of power and influence. Humbled though it has been over the last year by domestic turmoil and a pandemic, America still remains the world’s preeminent power without whose vigilance the international rules-based order might be one genocide away from anarchy. The Xinjiang crisis provides America a once-in-a-generation opportunity to fortify the liberal order by redrawing the line between barbarism and civilization.

Tenzin Dorjee is senior researcher at the Tibet Action Institute and a PhD Candidate, Political Science at Columbia University.